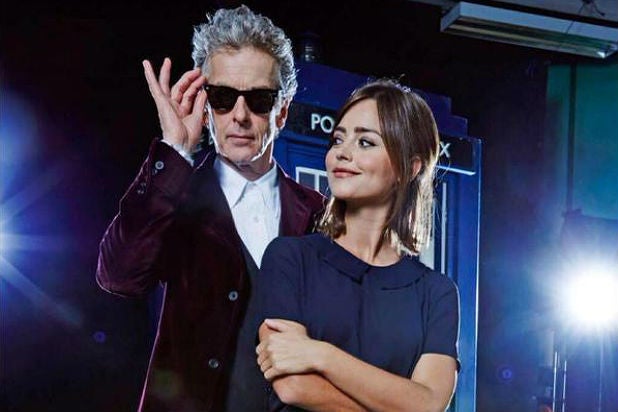 “Doctor Who” will soon be searching for a new assistant after Jenna Coleman confirmed that she is quitting the iconic sci-fi series.

“I have left the Tardis — it’s happened,” the British actress told BBC Radio 1 on Friday, following reports earlier this week that she was set to depart. “I’ve filmed my last scenes.”

She will now travel back in time to a different era to portray Queen Victoria in a new drama series airing on ITV in the U.K.

“She is a vivid, strong, inspirational and utterly fascinating woman in British history and I can’t wait to tell her story,” Coleman said of the series that chronicles the early years of the monarch’s 63-year reign from the age of 18 through to her marriage to Prince Albert.

While her departure has been planned, it was still “emotional,” the actress revealed. “It’s been in the works for a very long time. Steven [Moffat] and I sat down a year and a half ago and tried to work out the best place to do it and tell a really good story.

“We’re not going to give any details but it will happen at some point this season … We worked out a really good story arc out so hopefully people will love it.

“There are not a lot of jobs where you get to have an alien as your best mate and get to run away from monsters … it’s been so much fun, I love it,” she added.

Coleman also reported her departure to fans on Twitter with a heartfelt note Friday morning.

Adventures to last me a lifetime. Thank you @bbcdoctorwho. But as they say 'It ain't over till it's over'

Fortunately for “Doctor Who,” which first aired in Britain in 1963 and was relaunched in 2005, the role of the Doctor’s assistant evolves as often as the transitioning Time Lord himself, who has been played by 12 actors to date.

“Game of Thrones” actress Maisie Williams, Michelle Gomez, Rufus Hound and Rebecca Front have been named as guest stars for the upcoming ninth season, which will be Coleman’s last.