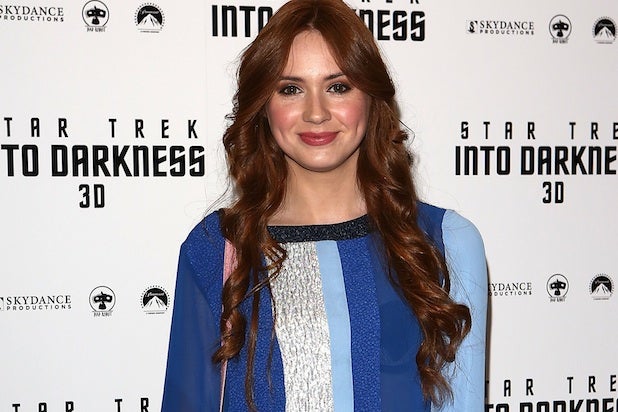 “Doctor Who” and “Guardians of the Galaxy” actress Karen Gillan has landed back on earth for her new role.

The Scottish actress has been cast as the lead on ABC’s comedy pilot, “Selfie.”

She’ll play Eliza Dooley, a self-obsessed, 20-something woman who is more concerned with “likes” than being liked.

After suffering a very public and humiliating breakup, Eliza becomes the subject of a viral video and suddenly has more social media “followers” than she ever imagined — but for all the wrong reasons. So, she enlists the help of a marketing expert at her company to help repair her tarnished image.

Gillan is best known for playing Amy Pond, the companion on Matt Smith-era “Doctor Who.” She’s set to appear on the big screen in Marvel’s upcoming “Guardians of the Galaxy.”

Written and executive-produced by “Suburgatory” creator Emily Kapnek under her overall deal with Warner Bros., the half-hour, single camera pilot will be produced in association with Piece of Pie Productions.