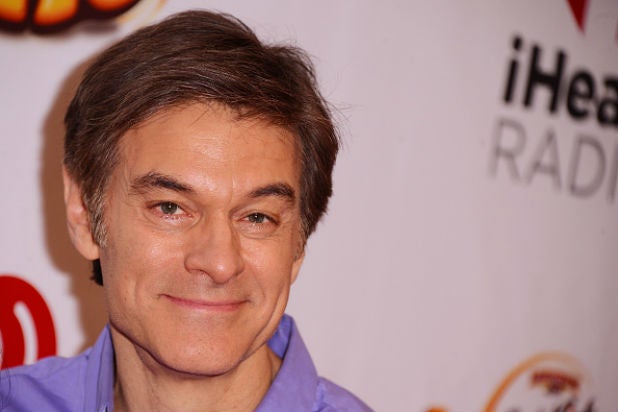 Dr. Mehmet Oz has come under fire from a group of fellow doctors who want him removed from the Columbia University’s medical school board.

Oz currently serves as the vice chairman of the school’s department of surgery. The group took issue with claims he has made that they say lack scientific backing.

Dr. Henry Miller, the Robert Wesson Fellow in scientific philosophy and public policy at Stanford University’s Hoover Institution, wrote in the letter: “He’s a fake and a quack and a charlatan.”

“I think I know the motivation at Columbia,” Miller also wrote.  “They’re star-struck, and like having on their faculty the best-known doctor in the country. But the fact is that his advice endangers patients, and this doesn’t seem to faze them.”

Dr. Gilbert Ross, the executive director and medical director of the American Council on Science and Health, wrote: “We find it a shame that [Oz] has fled from the ethical and responsible practice of medicine to exploit his television popularity.”

Miller, Ross and the others who signed the letter took issue with Oz’s support of homeopathic remedies, which they refer to as “magical mystery cures,” specifically his endorsement of products like green coffee bean extract, raspberry ketones and the pumpkin-like fruit garcinia cambogia.

“He has manifested an egregious lack of integrity by promoting quack treatments and cures in the interest of personal financial gain,” the letter reads.

The doctors also took Oz to task for his opposition to genetically modified organisms, or GMOs.

In a statement issued through a representative, Dr. Oz said, “I do not claim that GMO foods are dangerous, but believe that they should be labeled like they are in most countries around the world.

“I bring the public information that will help them on their path to be their best selves,” Oz’s statement continued. “We provide multiple points of view, including mine, which is offered without conflict of interest. That doesn’t sit well with certain agendas which distort the facts.”

Columbia University issued a statement supporting their decision to keep Oz on the board. “Columbia is committed to the principle of academic freedom and to upholding faculty members’ freedom of expression for statements they make in public discussions,” the statement said.

Dr. Oz, a respected cardiothoracic surgeon, came to prominence when he began appearing as a health expert on “The Oprah Winfrey Show.” His popularity led to him getting his own syndicated talk show, which is produced by Winfrey’s Harpo Studios.