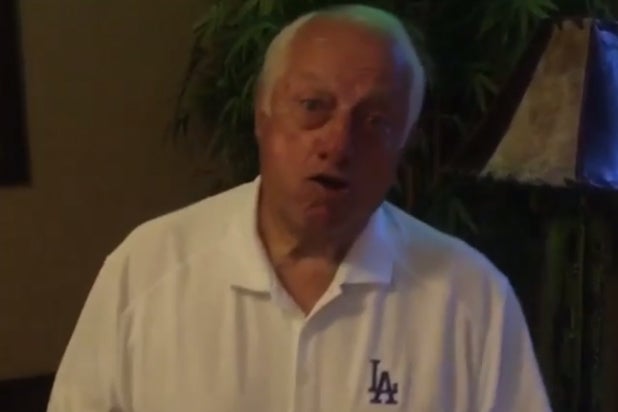 Former Los Angeles Dodgers manager Tommy Lasorda won’t turn down for anything, and he’s letting the world know it on Instagram.

In an inexplicably fantastic post, the baseball legend sings and dances to DJ Snake and Lil Jon’s rebellious party anthem, “Turn Down for What.”

Also Read: Michelle Obama Gets Turnip’d in ‘Turn Down For What’ Parody (Video)

Lasorda — who holds the record for longest tenure with the Brooklyn/Los Angeles Dodgers organization as a player, coach, manager, and executive — has always had a comedic flare. The 84-year-old baseball star played himself on a number of TV comedies, including “Everybody Loves Raymond.”

Watch Lasorda “Turn Down for What” here.

Turn down for what?!