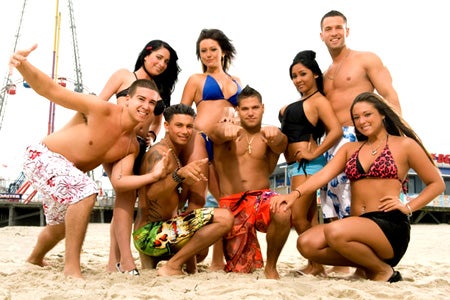 Because Craigslist and Twitter just weren’t effective enough in getting the word out on reality show casting calls, a public relations company is launching something called “Reality Wanted” – an online job board for “a different type of job seeker.”

According to the site’s founders, Reality Wanted “functions as an Internet job board for those looking to break into the world of Reality TV, a resource for TV show producers and as an exciting site for reality TV viewers.”

Current casting calls on the site include: severe OCD “patients” for A&E’s “Obsessed”; Fox’s “Great Escape” which sounds more “MacGyver” than reality (“Are you an every-day person who can use a paper clip, sock and Bic pen to save the day?”); and “Weather Channel Host,” because, really, what’s more “real” than talking snow squalls in front of a green screen.

Additionally, says Reality Wanted’s Mark Yawitz, "We are taking former winners of reality shows like Victor Jih of ‘Amazing Race’ and having them recap current programs to keep the viewers informed … In fact, because of our constant communication with television and network cable publicists, we are able to provide quick information and feature exclusive pre-show interviews with current contestants.”

So there you have it.