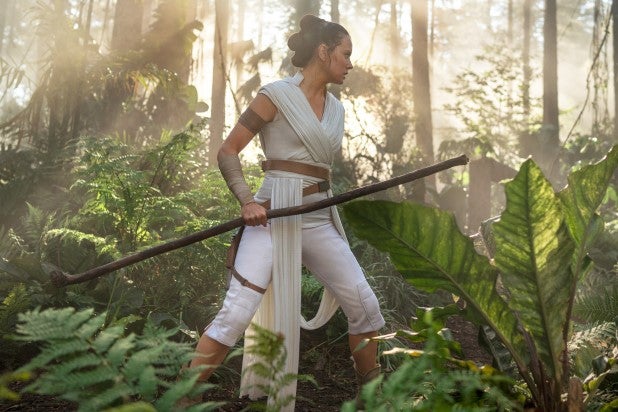 “Star Wars” fans have been spoiled over the past five years, at least in terms of the sheer amount of new franchise content we’ve gotten. Five movies, multiple TV shows including the first live-action series, and countless other ancillary materials. But things are about to slow down, with the movies going on hiatus and the live-action Obi-Wan Kenobi series getting a major delay. But at least “Star Wars: The Rise of Skywalker” is so full of things to discuss and argue about that it should last us for a while.

So far “The Rise of Skywalker” has earned the worst Rotten Tomatoes percentage, at 52 percent as of this writing, of the franchise, edging out the 53 percent that “The Phantom Menace” earned back in 1999. Even “Attack of the Clones” managed to get a 65-percent positive rating. Not that a Tomatometer score is necessarily a good gauge of how a film will be remembered, but it certainly works as a gauge for the how the discourse is going right now — which is to say that there’s been a lot of arguing about this one.

With the “Star Wars” films going on break for the next three years after “The Rise of Skywalker,” and given that “The Mandalorian” hasn’t really driven much in the way of fun “Star Wars” discourse outside of all those Baby Yoda memes, maybe it’s a good thing that we got a film that’s causing so much consternation. We don’t get enough chances as it is to fight with everyone we know about something that actually doesn’t really matter. So we have to make it count when the opportunity arises.

Given the impending hiatus for the films, it’s valid to wonder if “The Rise of Skywalker” might want to get into the post-credits scene game. Not all post-credits scenes are teases for future movies — there are plenty that simply serve as an extended epilogue.  So is now the time when “Star Wars” joins this popular trend, by throwing in a bonus mid- or post-credits scene?

Given how many people put in a lot of work to bring the film to life, it’s not the worst idea in the world to stick around in appreciation for their effort. But if you gotta go, you gotta go — and you can rest assured you aren’t missing something crucial if you head out when the credits start.