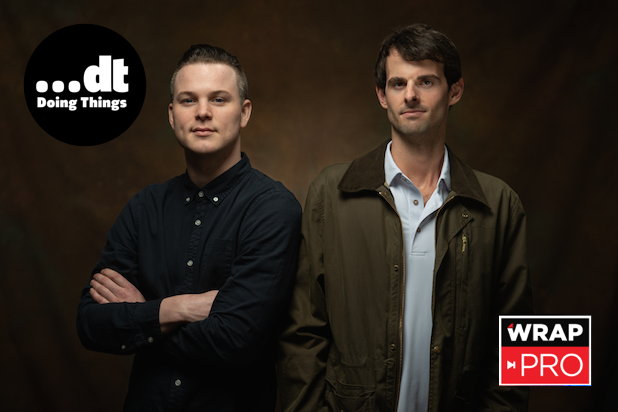 The key to a booming network of Instagram accounts? Making people laugh, according to Doing Things Media co-founders Reid Hailey and Derek Lucas.

“Everything is lighthearted and fun on all of our brands,” 28-year-old Hailey told TheWrap. “We come from a place where we started in memes, where if it isn’t funny it doesn’t work. All of our pages have that theme to it.”

But how do you know which videos will and will not rack up the likes, follows and views on Instagram? It’s an inexact science, but one they’ve “definitely learned over time,” Hailey said, after going through “hundreds of thousands of videos” in the last few years.

That’s the mantra Hailey and Lucas have passed on to their Atlanta-based team of 20- to 30-year-old employees who are now charged with going through thousands of video submissions each month.

Still, when pressed on what it takes to make videos really pop on Instagram, Lucas said it takes more than just a good clip. Instagram, after an early-2017 algorithm shift placed an increased emphasis on video, is now flooded with an endless stream of clips. Lucas said it’s critical to “create a narrative” around clips — even if it doesn’t necessarily fit the video’s original theme — that will resonate with Instagram’s young audience. Sometimes, finding that narrative can take months.

“We [received] a video where a mom and a dad, probably middle-aged, and some 20-year-olds were all drunk eating fast food. And one kid had food spilled all over himself. And the description that got sent to us what they were bar-hopping. I tested that video out on ‘Drunk People Doing Things’ and it did mediocre,” Lucas, 29, recounted.

“I came back to it about six months later and decided to put a caption on it that they ate edibles with their parents and we tried it out with that, a totally different narrative, and it went super-viral.”

A post shared by Drunk People Doing Things (@drunkpeopledoingthings) on Feb 15, 2019 at 8:47am PST

Doing Things Media, like many other media companies, has grown in large part thanks to repurposing content generated by everyday users of the internet. This budding industry has recently been in the spotlight, with F—Jerry, the wildly popular Instagram account, skewered in the last month for taking jokes and memes and failing to acknowledge their original creators. Barstool Sports was also roundly criticized last week for the same transgression.

Haley said Doing Things Media doesn’t want to make the same mistake as F—Jerry, where it’s essentially stealing other people’s work. Instead, Lucas and Hailey credit creators for their video and give a “submitted by” shout-out on all Doing Things” Instagram posts.

“We’re definitely well aware of what’s happening with F—Jerry,” Haley said. “We want people to have an incentive to submit videos to us. That’s kind of what powers the business, and we also want to help them out.

“We grew our whole business with originals memes and content and crediting people, and I think that’s what kind of makes us different from some of the other people in this space,” he added. “We really respect creative voices.”