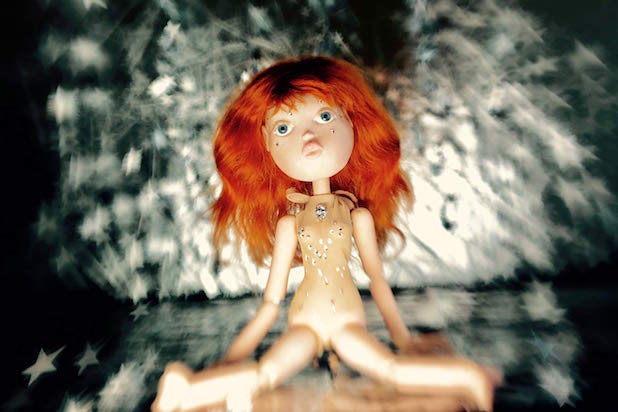 Awards were handed out Thursday at the 25th annual Slamdance Film Festival in Park City, Utah, with nine films earning honors in the jury, audience and sponsored categories.

The narrative jury prize was awarded to the feminist puppet animation film “Dollhouse: The Eradication of Female Subjectivity in American Popular Culture,” directed by Nicole Brending. Honorable mention was given to “Cat Sticks,” directed by Ronny Sen.

“Dollhouse wasn’t like any other film at the festival or any festival. It was outrageous, bold, hilarious,” read the jury statement from Frédéric Forestier, Shih-Ching Tsou and Jeremiah Zagar. “We’re also giving it the grand prize because we think it really embodies the spirit of the Slamdance. ‘Cat Sticks’ is unbelievably gorgeous and has some of the most incredible poetic moments of any movies we’ve ever seen. We hope it finds a vein in American culture!”

“Slamdance has helped launch many filmmakers that have gone on to change the face of entertainment,” said Slamdance co-founder Peter Baxter.

“Our artist led community, including the support and mentorship of this year’s Founder’s Award recipient Steven Soderbergh and alumni Anthony and Joe Russo, continues to focus on the discovery and support of great new artists,” Baxter continued. “We congratulate the winners and everyone at Slamdance who represent the authentic voice of independent artists and our cultural future.”

Siyabonga Majola (“We Are Thankful”)

Hannah Peterson, director of “East of the River”

Sundance 2019: The stars hit the streets, the screening rooms and the dance floor in Park City, Utah