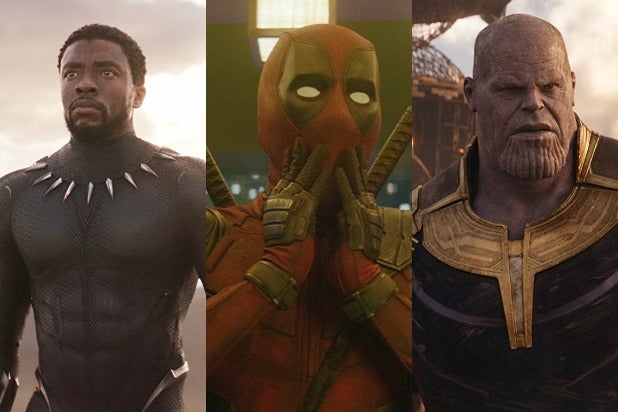 The first half of 2018 has been filled with box office record breakers, and now for the first time ever, domestic gross revenue for the year has passed the $6 billion mark before the end of June, the National Association of Theatre Owners and comScore announced Wednesday.

No previous year in box office history has come even close to that mark after the first six months. 2017 was the closest to get to $6 billion, but could only reach $5.64 billion by the end of June 30. 2018’s year-to-date total is currently up nine percent over 2017, according to comScore. While slower periods are ahead in the second-half of 2018, the year will top 2016’s record $11.3 billion if that pace can be held above 3.5 percent.

Q1 of 2018 saw the slowest Oscar season since 2012. But the box office still soared thanks to some big blockbusters. First, the word-of-mouth for Christmas releases “The Greatest Showman” and “Jumanji: Welcome to the Jungle” turned both films into big moneymakers in January, combining to gross $360 million. Then, in February, “Black Panther” became a cultural phenomenon and the biggest pre-summer release of all time with a domestic run of just less than $700 million.

And over the past two weeks, “The Incredibles 2” set a new animation opening weekend record while “Jurassic World: Fallen Kingdom” posted the second-highest opening in Universal’s history as the two June releases combined for a running count of $522 million.

Other films that are currently on this year’s top 10 domestic charts include “Solo: A Star Wars Story” ($203 million), “A Quiet Place” ($186 million) and “Ready Player One” ($136 million). In total, more than a third of the domestic revenue this year belongs to Disney, with a current market share of 36.4 percent.