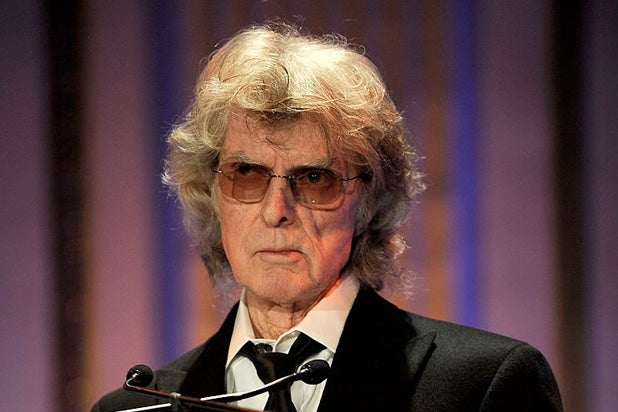 Don Imus, the host of the long-running radio show “Imus in the Morning,” died on Friday morning at age 79. The cause of death has not been released.

Imus began his radio career in 1968 at KUTY in Palmdale, CA. Later, Imus moved to a Sacramento-based radio station and soon became known for a gag in which he posed as a sergeant and ordered 1,200 hamburgers, to go, from a local McDonald’s for his supposed troops. By 1971, after receiving Billboard’s disc jokey of the year award multiple times, Imus began hosting the immensely popular “Imus in the Morning” for New York’s WNBC.

While Imus was described by the New York Times’ David Carr as “one of the most popular radio hosts in the country” in 2007, he garnered swift and public backlash that year for making racist and sexist remarks about players for Rutgers women’s basketball team, whom he had called “rough girls” and “nappy-headed hos.” At the time, Imus had apologized for his “thoughtless and stupid” comments but was ultimately fired from CBS.

But even before then, Imus’ brash and confrontational style often included insults and jokes made at the expense of underrepresented groups. Still, Imus’ popularity led him to be named one of Time Magazine’s Most Influential People in America in 1997. The shock jock was also inducted into the National Radio Hall of Fame in 1989.

In the 1990s, Imus’ show focused more on politics and would feature politicians and journalists as on-air guests. The radio host also didn’t shy away from lobbing insults at politicians, as can be seen in his 1996 White House Correspondents’ Dinner speech.

By March 2018, “Imus in the Morning” ended its nearly 50-year run. “Turn out the lights…the party’s over,” Imus tweeted that year.

News of Imus’ death drew messages of praise from other broadcasters, including MSNBC’s Joe Scarborough, who replaced Imus at the network, which simulcasted Imus’ program.

“Morning Joe obviously owes its format to Don Imus,” Scarborough wrote on Twitter. “No one else could have gotten away with that much talk on cable news. Thanks for everything, Don, and Godspeed.”

Morning Joe obviously owes its format to Don Imus. No one else could have gotten away with that much talk on cable news. Thanks for everything, Don, and Godspeed.