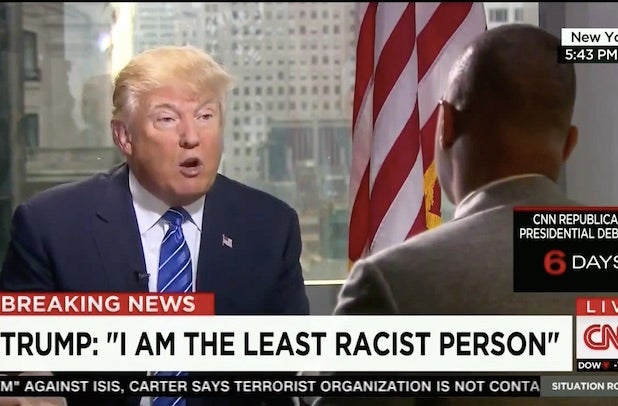 Don Lemon went straight at Donald Trump on Wednesday, asking him directly if he is a racist, a bigot, or an Islamophobe.

Lemon pressed back, asking Trump if he’s bigoted or Islamophobic, soliciting quick “not at all” responses from Trump.

“I am a person who happens to be very smart, I happen to have a certain street sense, and I know where things are going,” Trump said, adding that he called for the U.S. to take out Osama bin Laden before 9/11.

Trump, who has come under domestic and international fire after calling for a ban on Muslims entering the U.S., said he’s not bothered by the criticisms against him but would be if there was any truth behind it.

As TheWrap reported, the real estate mogul has been savaged this week by a variety of media outlets, ranging from aggressive newspaper covers comparing him to Hitler to scathing editorials.