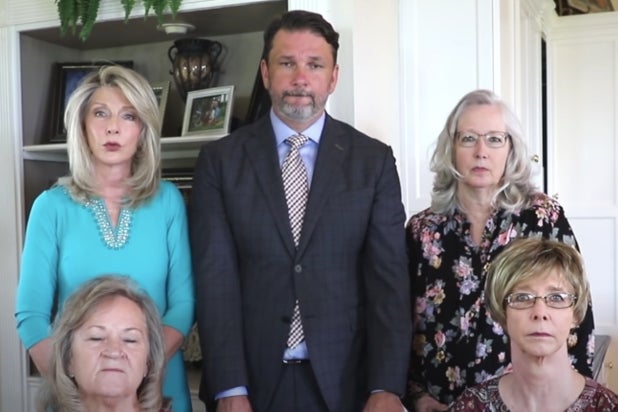 As “Tiger King” star Carole Baskin made her debut performance on ABC’s “Dancing With the Stars” Monday, the family of her late husband, Don Lewis, was airing a commercial asking for answers about his mysterious disappearance.

To no one’s surprise, Baskin’s first number was “Eye of the Tiger” (watch that clip here). But all the dancing in the world won’t ease the minds of Lewis’ family — so they’re asking the general public to come forward with any information they might know.

The commercial slot, which was first reported by TMZ, centers on Lewis’ three daughters — Gale, Lynda and Donna — his former assistant, Anne McQueen and the family attorney, John M. Phillips. Together, they offer a $100,000 reward for information about their father’s 1997 disappearance, and Phillips asks viewers point-blank if they know whether Baskin was involved. They also provided a tip line for the case: 646-450-6530.

Baskin has repeatedly denied any involvement in Lewis’ disappearance.

If you watched last night and didn’t see the commercial, that’s probably because the slot only aired in Tampa and Jacksonville, Florida, along with some “other markets,” according to Variety. Don Lewis was living in Florida with Baskin in 1997.