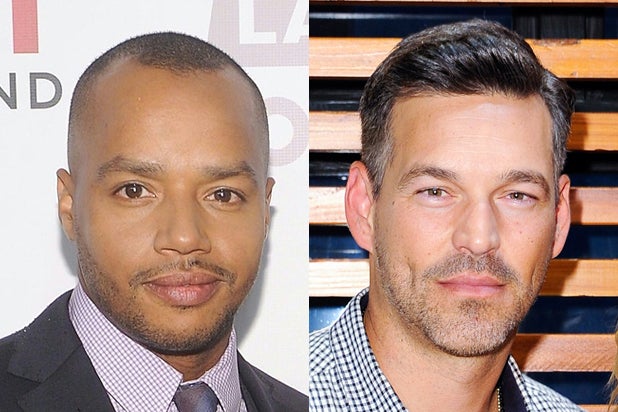 The four are all set to play Potter’s (“Parenthood”) past or current love interests on the semi-autobiographical project, in which she stars as a woman trying to juggle her busy family life along with three ex-husbands who have fathered her children. The half-hour multi-camera comedy is a joint project between Warner Bros. Television and Ellen DeGeneres’ A Very Good Production.

Cibrian, husband of country singer LeAnn Rhimes, starred on NBC’s “Sunset Beach” before transitioning to the network’s emergency response drama “Third Watch” in 1999. He starred in the film “The Cave” in 2005 and recently had an arc on TV Land’s “Hot in Cleveland.” The Gersh Agency and Media Four represent him.

Scovel stars on the TBS comedy “Ground Floor” and previously had a run on Cartoon Network’s Adult Swim comedy “The Eric Andre Show.” CAA and Mosaic represent him.

Best known for starring on ABC and TBS’ “Cougar Town,” Hopkins also appeared on CBS’ “Swingtown.” On the feature film side he previously appeared in “The Perfect Storm,” “G.I. Jane,” and, more recently, Tate Taylor‘s “Get on Up.” The Gersh Agency and Brillstein Entertainment represent him.