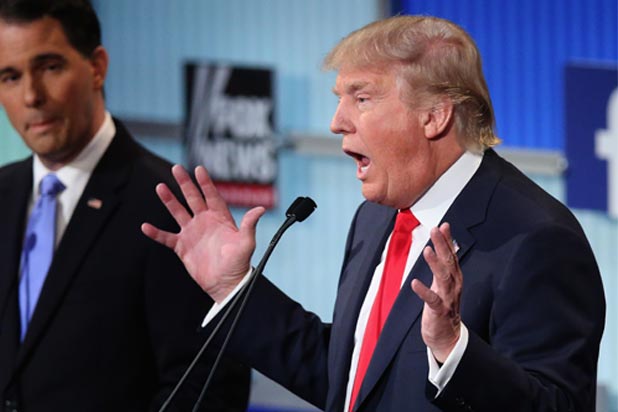 Donald Trump has been pummeled by the media in the aftermath of the first GOP presidential debate and the Donald fired back at Megyn Kelly on Friday for what he perceived as the Fox News anchor treating him unfairly.

“I just don’t think it’s very professional,” Trump said on “Morning Joe” about Kelly’s question to him about previous statements he’s made about women. “I do say this… if you’re going to do that to me I think it’s great, but you have to do it to everybody else or ease it up. But you can’t do it to Trump. I mean I walked out of the room and people were saying, ‘That was really unfair.'”

He denied making many of the statements Kelly referenced.

“The question on the women, I didn’t say many of those things,” he said. “They said something and they were giving out some words and I don’t remember that on ‘The Apprentice.’ I don’t know where they got some of the words, to be honest with you. In fact, I’m going to have somebody call up and find out where the words came from, because I don’t recognize those words.”

He might not have helped his cause on Friday after he retweeted a tweet that called Kelly a “bimbo.”

Trump said he wouldn’t engage into a Kelly slug-fest and Twitter has his back about the “unfair treatment” from Kelly.