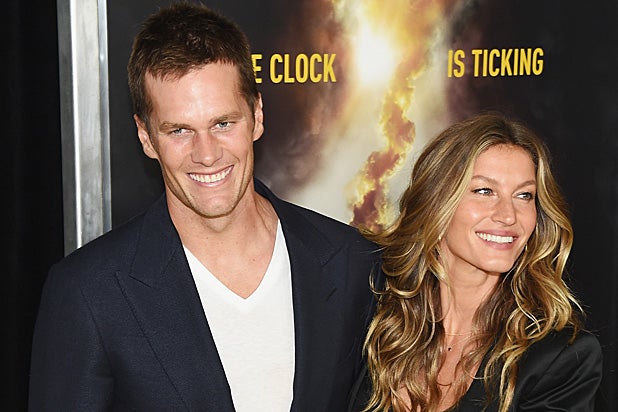 Donald Trump claims that he’s got solid support in the New England Patriots locker room, saying that quarterback Tom Brady and Bill Belichick are voting for him.

“‘Donald, I support you, you’re my friend and I voted for you,'” Trump recounted at a rally in Manchester, New Hampshire, telling the crowd what Brady told him over the phone on Monday, as CNN reported.

“This guy is a champ and a winner and he is a great person,” Trump continued. “So I said, ‘Tom, you voted for me, you support me, am I allowed to say it tonight to this massive crowd in New Hampshire?’ He said, ‘If you want to say it, you can say it.'”

As for the Patriots’ longtime coach, Trump said Belichick sent him a letter saying, “You’ve proved to be the ultimate competitor and fighter. Hopefully tomorrow’s election results will give the opportunity to make America great again.”

The announcement raised a cheer from the crowd full of Patriots fans, but doesn’t sync with what Brady and wife Gisele Bundchen are saying.

Also Read: Warning From 'The People of Germany' About Donald Trump Goes Viral

Meanwhile, when an Instagram follower asked his supermodel wife if she and Brady were backing Trump, Bundchen responded, “NO!!!” (as captured below on Twitter).

Just throwing this out there. (Top comments.) pic.twitter.com/a3svMKTLGx

Patriots beat reporter Ben Volin tweeted that a spokesperson for the team said Brady and Belichick didn’t respond to requests for comment about the veracity of Trump’s claims.

Records show Tom Brady's voter registration is currently inactive and he's not enrolled in a party.

Brady sparked rumors early on in the presidential race that he was backing Trump when a “Make America Great Again” cap was spotted in his locker.

“Now that he’s running for president he sent me a hat and he gave it to RKK [Patriots owner Robert Kraft] weeks ago,” Brady said in September 2015. “So it found its way to my locker.”

Whatever happened to voting being anonymous?

From Tom Brady to Yung Joc: 11 Bad Hairstyles That the Internet Went Nuts Over (Photos)

Hair: People have strong feelings about it, as some celebrities have discovered to their peril. Click on to learn more.