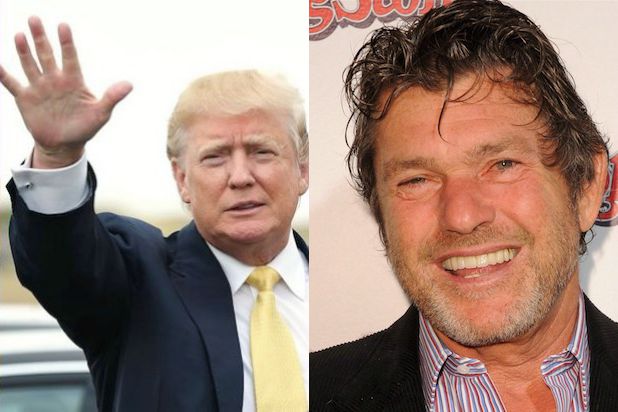 Donald Trump chose a new media target to attack on Thursday when he ripped Rolling Stone by claiming publisher Jann S. Wenner edited a profile piece about him, and “screwed it up.”

“The writer actually called me and said ‘I’m so upset, I wrote this great story and Jann Wenner screwed it up…they added a lot of stuff, a lot of garish stuff, that I think is disgusting” GOP presidential frontrunner told CNN’s Chris Cuomo.

The author of the profile piece, Paul Solotaroff, weaved in speaking with Trump on his 757 ahead of a campaign speech with typical Trump bluster — highlighted by the Donald suggesting Carly Fiorina can’t be president.

“Look at that face!” he told Rolling Stone. “Would anyone vote for that? Can you imagine that, the face of our next president?!”

Fiorina has already responded to the Donald, telling Megyn Kelly — who was infamously attacked by Trump with suggestions she was menstruating during the Fox GOP debate — she’s “not going to spend a single cycle wondering what Donald Trump means.”

Trump denied attacking Fiorina’s looks on Thursday, telling Chris Cuomo he was referencing her “persona,” not her looks.

Rolling Stone did not immediately respond to TheWrap’s request for comment regarding Wenner’s role in the editing of the Trump profile.

Watch the testy interview below.