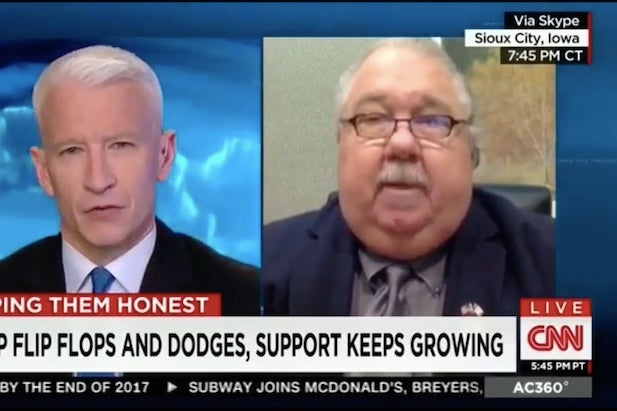 “I don’t appreciate this at all,” he said when the anchor asked him about the GOP frontrunner flip-flopping on the Afghanistan War.

Cooper pressed back that he was asking about Trump’s Afghanistan policy, but Clovis wasn’t having it. “If these are the issues you want to bring up, that’s fine, and I’ll let the other commentators comment on it.”

The two then got into a back and forth over whether President Obama was trying to confiscate guns from responsible gun owners.

Cooper tried to reason with Clovis that this wasn’t the case. But again, Clovis wasn’t having it.