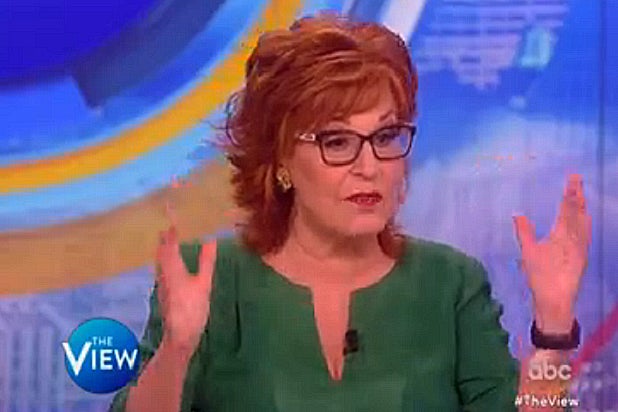 Would you buy a used car from Donald Trump? How about letting him run the country with an iron fist?

On Thursday’s episode of ABC talk show “The View,” Whoopi Goldberg, Joy Behar and the crew once again took aim at their frequent target Trump, likening him to a used-car salesman and a dictator.

Raven-Symone kicked off the conversation, stating, “Donald Trump is getting away with completely changing his stance on so many issues, and some people are calling him on it, and I think it’s our time  to call him on it as well.”

While the “View” panel conceded that Trump’s political rival Hillary Clinton has also changed course on some issues, the focus shifted back to Trump.

“He wants you to love him all the time, it’s annoying. he’s like a used car salesman,” Behar offered. “‘You want a Dodge? OK, I’ll sell you a Chevrolet.’ But he works for Dodge. He doesn’t care.”

Later in the episode, Goldberg reflected on Trump’s suggestion that he hasn’t yet released his tax returns because he’s being audited. And also lumped him in with the likes of Cambodian revolutionary Pol Pot.

“You can be audited and show your tax returns,” Goldberg asserted. “You know, the only people who don’t do what everybody else is supposed to do to get the job are dictators. Dictators make their own rules.”

“In his particular case, the guy is running on his record as a businessman. We know he’s not a politician, we know he’s never run for office,” Behar added. “It’s about his business acumen. So let’s see what you did.”