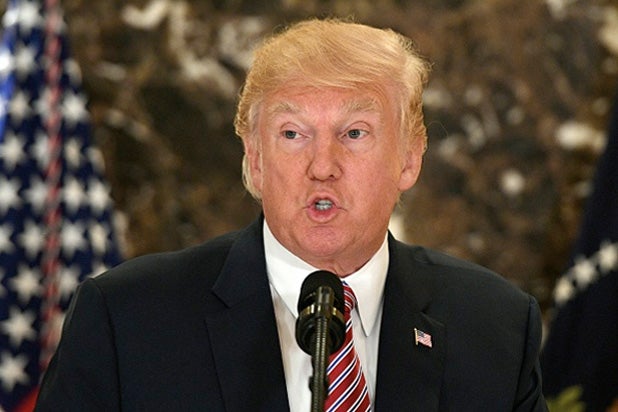 Nobody puts Donald Trump in a corner.

Forced on Monday to call out white supremacists and the KKK to quell the rising din among civilized people in this country, the president had to fight back.

He’s his own man. He knows his mind. He’s not afraid to say what he thinks.

So he came down that elevator in Trump Tower on Tuesday, and told us his truth about the  violence last weekend in Charlottesville, Virginia:

According to the journalists who were there, jaws dropped. His own assistants were caught off guard. The soldier whose job it is to have his back, John Kelly, set his jaw and stared at the floor. (We won’t even mention the two Jews to his left — Gary Cohn and Steve Mnuchin. OK, we did.)

And Trump was not done. He had a lot in his gut, and he was going to let it out.

Trump was angry. He was passionate. His demeanor was different from yesterday, when he read a canned statement off the teleprompter condemning the KKK. He got the words out, but they obviously stuck in his throat.

Because today he took it all back. Today it’s back to assigning blame all around. Alt-left. Alt-right. Bad folks on both sides.

Then he moved on to the removal of Confederate monuments, bemoaning “changing culture.”

In TheWrap newsroom, a groan arose from among the editors and reporters watching this in real time.

Writers for the late night shows dropped their lattes and raced for their laptops.

On MSNBC, Republican anchor Nicolle Wallace asked who from the White House was going to resign over this.

Even Newt Gingrich couldn’t defend the guy on Sean Hannity’s show: “It’s perfectly reasonable for an African-American to be offended that someone who defended slavery should have a monument,” he said.

David Duke tweeted his thanks.

Thank you President Trump for your honesty & courage to tell the truth about #Charlottesville & condemn the leftist terrorists in BLM/Antifa https://t.co/tTESdV4LP0

My son goes back to college on Monday. Tonight I took him to dinner and I warned him that he should expect white supremacists to come out of the woodwork on campus.

He has a choice, I told him. He can fight back. He can raise his voice. It’s going to get uglier before it gets better.

In the spirit of standing up for what we believe in, let us not forget the words, the tone and the conviction of the man we put in the Oval Office.