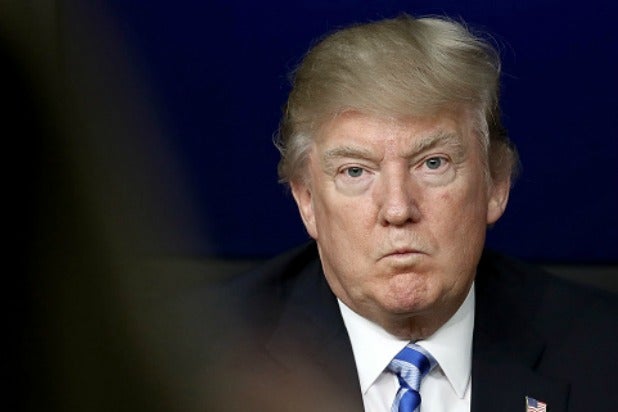 President Trump responded to the Supreme Court announcement Monday that it will hear the case on his executive order banning travel to the U.S. from six predominantly-Muslim countries, calling it “a clear victory.”

“Today’s unanimous Supreme Court decision is a clear victory for our national security,” Trump said in a statement. “It allows the travel suspension for the six terror-prone countries and the refugee suspension to become largely effective. As President, I cannot allow people into our country who want to do us harm. I want people who can love the United States and all of its citizens, and who will be hardworking and productive.”

POTUS went on: “My number one responsibility as Commander in Chief is to keep the American people safe. Today’s ruling allows me to use an important tool for protecting our Nation’s homeland. I am also particularly gratified that the Supreme Court’s decision was 9-0.”

The court will hear the case in October. Until then, it will allow a watered-down version of the ban to go into effect for foreign nationals without “bona fide relationship with any person or entity in the United States.”

This is Trump’s second attempt to pass a travel ban. The first executive order was issued isn late January, and sought to ban people from Iran, Iraq, Libya, Somalia, Sudan, Syria and Yemen from entering the U.S. for 90 days and all refugees for 120 days.

That's right, we need a TRAVEL BAN for certain DANGEROUS countries, not some politically correct term that won't help us protect our people!