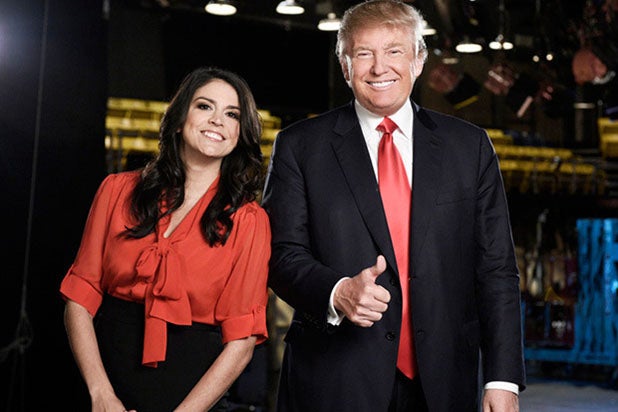 Forget about dump Trump — it was more of a Trump bump.

According to NBC, ‘SNL’ averaged a 6.6 rating and 16 share in metered-market households on Saturday night. Those are the show’s best overnight numbers since Jan. 7, 2012, when Charles Barkley hosted with musical guest Kelly Clarkson.

During the episode, the Republican presidential candidate showed off his swagger in a parody of Drake‘s “Hotline Bling” music video.

The former “Celebrity Apprentice” host was also heckled by Larry David, who shouted “Trump’s a racist!” at the end of The Donald’s monologue.

The interruption was part of a scripted gag after a Hispanic advocacy group offered to give a $5,000 bounty to any audience member who shouted “Trump’s a racist” during the live broadcast.