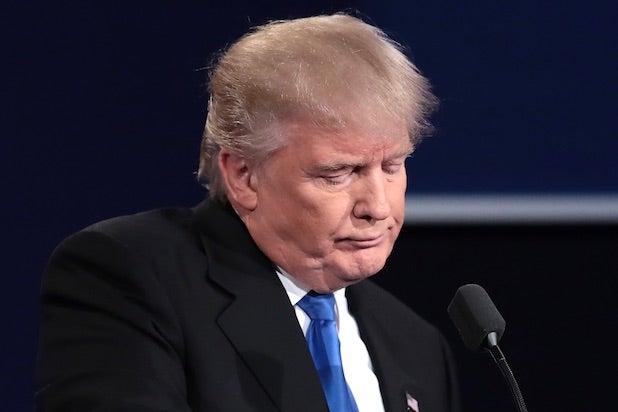 Donald Trump thinks Lester Holt gave him unfair questions at the end of Monday’s presidential debate, and gave the NBC News moderator a C+ as his overall grade.

“I thought he was OK. I thought he was fine. Nothing outstanding. He gave me very unfair questions at the end. The last three, four questions, but you know I’m not complaining about that,” Trump said on “Fox & Friends” early Tuesday morning.

“I thought Lester was really good for the half because he was bringing up general and main subjects that were important, things like the economy,” Trump said. “And then in the end, they start bringing up 45-year-old lawsuits.”

Following the debate, Trump told CNN’s Dylan Byers that Holt “did a great job,” but after a night of reflection, he told “Fox & Friends” that Holt deserves a “C +” grade for the evening.

.@realDonaldTrump: I thought Lester Holt gave me very unfair questions at the end, but I'm not complaining about that pic.twitter.com/3TZT03sQEf

Trump explained that he couldn’t bring up Benghazi because of the way questions were structured, but his comments about Holt are complimentary compared to one of Trump’s most trusted advisors. Rudy Giuliani said Trump should skip the next presidential debate because of they way he was treated by Holt.

“If I were Donald Trump I wouldn’t participate in another debate unless I was promised that the journalist would act like a journalist and not an incorrect, ignorant fact checker,” Giuliani told reporters, according to Politico.

Giuliani, the former mayor of New York City, has been helping Trump with debate preparation leading up to the event. Like many Trump supporters, he feels Holt favored Hillary Clinton.

“The moderator would have to promise that there would be a moderator and not a fact checker and in two particular cases an enormously ignorant, completely misinformed fact checker,” Giuliani continued. “If you wonder why Donald Trump thinks that the press is a left-wing basically oriented group, Lester Holt proved it tonight.”

Trump made other headlines during his phoner with the Fox News morning show on Tuesday by discussing 1996 Miss Universe winner, Alicia Machado, whom Clinton mentioned during the debate as one of the many women Trump has insulted over the  years.