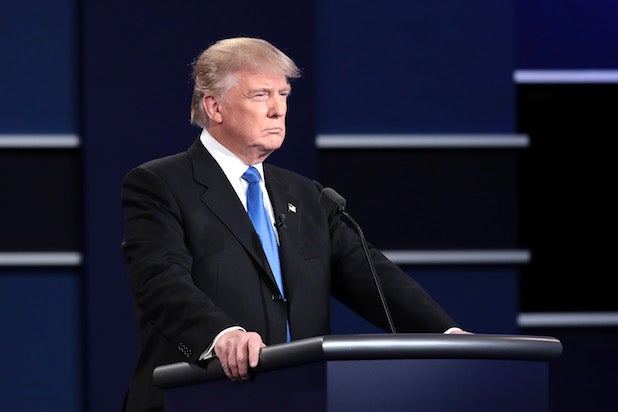 Rudy Giuliani said Donald Trump should skip the next presidential debates because of they way he was treated Monday night by Lester Holt, according to Politico.

“If I were Donald Trump I wouldn’t participate in another debate unless I was promised that the journalist would act like a journalist and not an incorrect, ignorant fact checker,” Giuliani told reporters.

Giuliani, the former mayor of New York City, has been helping Trump with debate preparation leading up to the event. Like many Trump supporters, he feels Holt favored Hillary Clinton.

“The moderator would have to promise that there would be a moderator and not a fact checker and in two particular cases an enormously ignorant, completely misinformed fact checker,” Giuliani continued. “If you wonder why Donald Trump thinks that the press is a left-wing basically oriented group, Lester Holt proved it tonight.”

Conservatives ripped Holt for failing to ask Clinton about her email server use, as well as not pressing her on her answers about Mideast policy and her alleged failure to contain ISIS.

Many commentators suggested that Holt was mindful of the criticism that fellow NBC newsman Matt Lauer recently received for aggressively questioning Clinton during a town hall while seeming to lob softballs at Trump. Holt, these critics said, wanted to avoid the same treatment and ended up overcompensating.