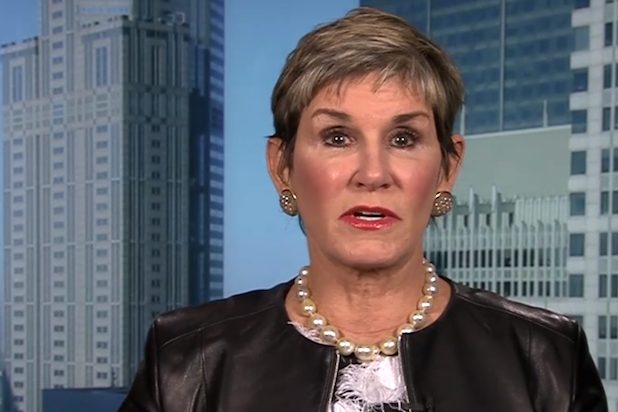 Political pundit and veteran GOP strategist Mary Matalin changed her party registration from Republican to Libertarian on Thursday, but didn’t rule out voting for Donald Trump while saying she would never support Hillary Clinton.

“Mainstream Republicans, regular Republicans and certainly conservative Republicans are very angry at the party,” Matalin told Bloomberg’s “With All Due respect” during an interview on Thursday.

Matalin explained that she wants to hear more about policy from Donald Trump.

“He has to flesh out come principals that comport with why people have why people have supported the Republican Party in the past,” she said. “I’m a never Hillary and a provisional Trump.”

Matalin said she was a Republican in the “Jeffersonian, Madisonian sense,” and the Libertarian Party represents the constitutional principals that she agrees with. Matalin’s GOP ties run deep; she was President George Bush’s campaign director and was an assistant to President George W. Bush.

The former co-host of CNN’s “Crossfire” said she likes Trump’s attitude and that he had the “gall to put macro messaging over micro targeting.”

“I just don’t know enough. I think not only could he win, I think he could win in a landslide if he would stop his high school boy antics with women; otherwise he’s going to force suburban women to Hillary,” Matalin said.