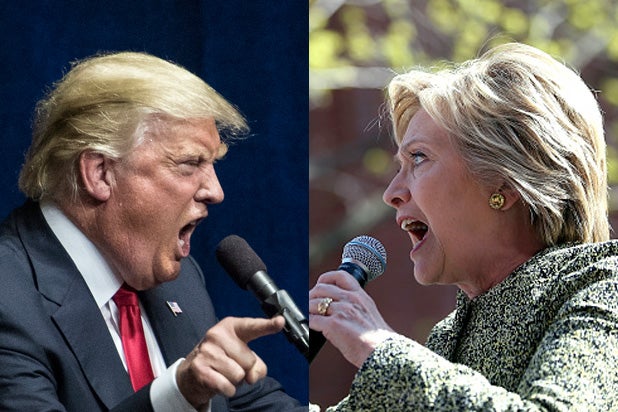 This is going to be a long general election season.

A full-on Twitter war has erupted between the two 2016 presumptive nominees, with no end in sight.

After Hillary Clinton gave Donald Trump a Twitter smackdown, Trump shot right back and, boy, is it a doozy.

It all started when Trump tweeted, “Obama just endorsed Crooked Hillary. He wants four more years of Obama-but nobody else does!”

It took him a good two hours, but Trump finally came up with a response, seizing on one unfortunate word in Clinton’s message.

“How long did it take your staff of 823 people to think that up” Trump shot back, “and where are your 33,000 emails that you deleted?

How long did it take your staff of 823 people to think that up–and where are your 33,000 emails that you deleted? https://t.co/gECLNtQizQ