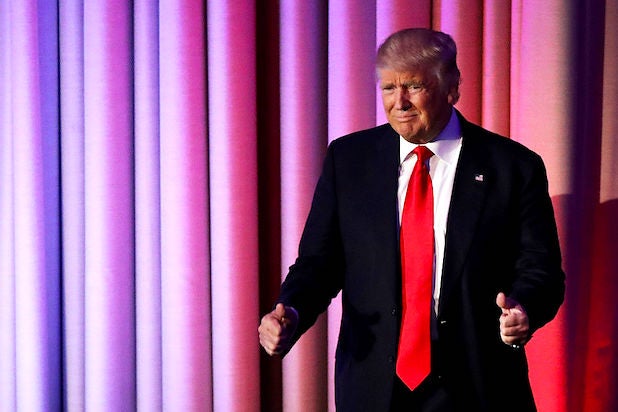 Donald Trump has found at least one singer who’s excited to perform at his inauguration ceremony in January.

Former “America’s Got Talent” contestant Jackie Evancho announced on “Today” Wednesday that she will sing the national anthem at the Presidential swearing in ceremony.

“I have recently been asked by the president-elect to perform the national anthem for the swearing-in ceremony at the inauguration,” Evancho said. “I’m so excited. It’s going to be awesome.”

As TheWrap first reported, many A-list stars are refusing to perform at the presidential inauguration ceremonies in late January.

On Tuesday, Trump met with Kanye West, setting off a frenzied speculation about whether the rapper would perform at one of the inaugural events. However, West declined to comment when asked about it by reporters who were camped out at Manhattan’s Trump Tower, where West met with the president-elect.

He later tweeted that the meeting was focused on “multicultural issues,” including bullying, education and violence in Chicago.

Donald Trump’s inaugural committee is scrambling to lock in A-list Hollywood performers for the parties celebrating him — and having a rough time booking big names.

Also Read: Trump Vows to Leave Businesses to His Sons to Concentrate on Presidency

Two Hollywood insiders told TheWrap that Trump’s inaugural committee members have contacted them in recent days offering cash or even a government appointment if they could deliver marquee names.

“They are willing to pay anything,” one of the insiders told TheWrap. The insider said the Trump negotiator also offered to pay him for delivering top talent, saying, “Name your price.”