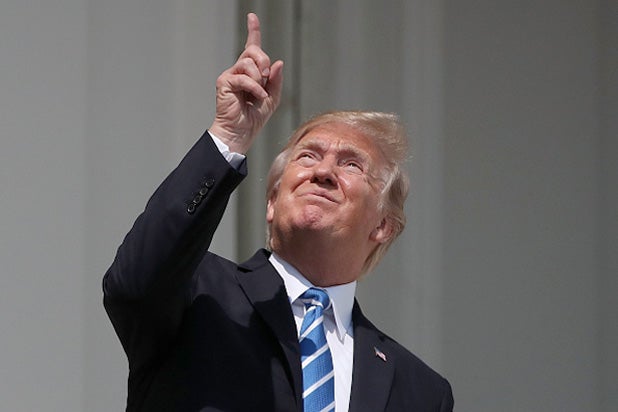 Someone give Donald Trump a cigar — and not just because it would give him something to do with his mouth besides talking.

The president’s family grew by one on Tuesday, with his son, Eric Trump, ann0uncing that he and his wife, Lara Trump, welcomed a baby boy that morning.

“@LaraLeaTrump and I are excited to announce the birth of our son, Eric ‘Luke’ Trump at 8:50 this morning,” Trump Jr. tweeted, along with the photo of the new arrival.

According to CNN, this marks the ninth grandchild for the POTUS. Luke joins a club that includes Donald Trump Jr.’s five children, as well as his daughter Ivanka Trump’s three kids.

The Trump Organization noted the occasion with a tweet Tuesday morning reading, “Welcome to the world, Eric ‘Luke’ Trump and congratulations to @LaraLeaTrump and @EricTrump!

.@LaraLeaTrump and I are excited to announce the birth of our son, Eric “Luke” Trump at 8:50 this morning. pic.twitter.com/b8zRSktcd8

Welcome to the world, Eric “Luke” Trump and congratulations to @LaraLeaTrump and @EricTrump! ❤️ pic.twitter.com/u0uQi8kqVP