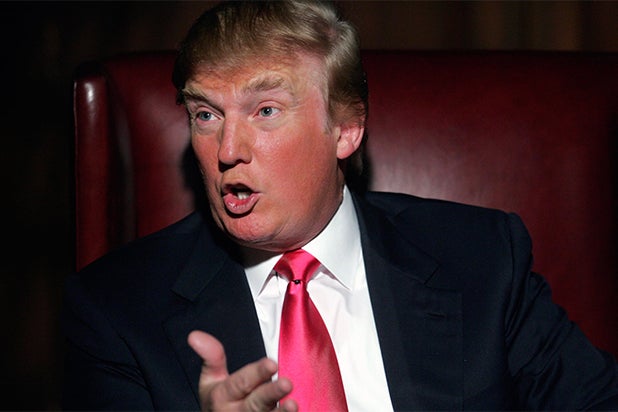 Donald Trump told a big, fat lie about Univision apologizing after cutting ties with the mogul/presidential candidate over his anti-Mexican comments. At least, that’s the word from Univision CEO Randy Falco, who blasted Trump’s claims in a memo Monday.

“I made the decision to end business relationships with the Trump Organization simply because it was the right thing to do,” Falco wrote in an internal memo obtained by CNN. “No one approached me, asked me or pressured me to take this action.

“I can also assure you that we never apologized because we have nothing to apologize for,” Falco added.

Univision, which was scheduled to air Trump’s Miss USA Pageant on July 12, announced last week that it had severed ties with him, noting that the network “will not be … working on any other projects tied to the Trump Organization.”

“At Univision, we see first-hand the work ethic, love for family, strong religious values and the important role Mexican immigrants and Mexican-Americans have had and will continue to have in building the future of our country,” Univision said in its statement last week.

Trump sparked controversy during a speech on June 16, during which he characterized Mexican immigrants as “rapists,” among other things.

After being dropped by Univision, Trump claimed that the broadcasting company had apologized to him, tweeting, “Remember, Univision apologized!”

In addition to threatening to sue Univiison, Trump has banned its employees from his properties.

Since making his comments about Mexican immigrants, Trump has also been cut loose from NBC, which airs “The Celebrity Apprentice,” previously hosted by Trump.

“At NBC, respect and dignity for all people are cornerstones of our values,” the network said in a statement. “Due to the recent derogatory statements by Donald Trump regarding immigrants, NBCUniversal is ending its business relationship with Mr. Trump.”