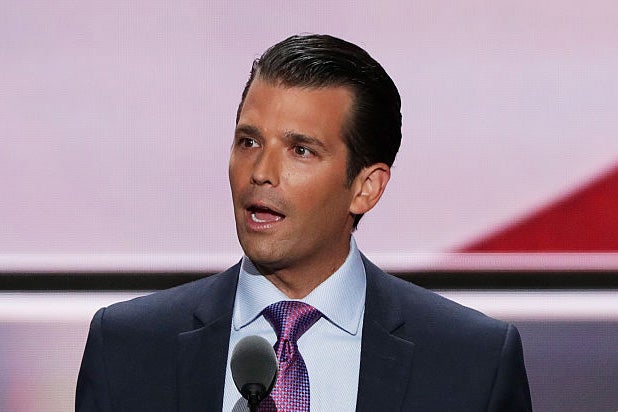 Donald Trump Jr. took a roasting on Twitter on Tuesday — and users didn’t need 280 characters to do it.

The son of the President of the United States weighed in on the social media platform’s newly expanded 280-character limit, suggesting that it might not be an entirely positive development and offering a possible “compromise” to the policy.

“.@Twitter how about a compromise… you give everybody ONE 280 character a day? 140 was an art form, 280 is everyone’s chance to write their Gettysburg Address that no one wants to actually read,” Trump Jr. wrote.

Also Read: Twitter Expands 280 Character Limit to Everyone, Users Yawn: 'What Is This, Infinity War?'

Trump Jr. was far from alone in his sentiment that longer tweets might be a bad idea. However, perhaps given his father’s penchant for making bold and sometimes bewildering statements via Twitter, he was singled out for criticism over his criticism.

At least one Twitter user suggested that Trump Jr. might not welcome the expanded character limit out of concern for how his father might employ it.

“Nah, he’s more worried for daddy don. to tweet that much, donnie sr would have to use *every* word in his vocabulary, some more than once,” the commenter wrote.

“Junior, maybe this is a good year to get daddy a vocabulary book for Christmas? Also, you too..,” wrote another responder.

“Your father’s Gettysburg address would read… ‘Four me and seven me ago, I me me I me the greatest me I’ve ever me I I me,” another response offered.

“You should read the #GettysburgAddress sometime. VERY presidential! Not once does Abraham Lincoln mention a ‘Lincoln Property’ ‘Lincoln Tower’ or ‘Golf Property’ during a speech in ANOTHER COUNTRY’S PARLIAMENT ASSEMBLY!!” read an apparent reference to Trump Sr.’s golf club-touting speech in South Korea on Tuesday. “#Shame.”

“Teach your Daddy how to pronounce Peninsula correctly,” another tweet suggested to Trump Jr.

“@Twitter how about deleting the accounts of those under, or about to be, investigation for treason?” read another possibly helpful suggestion.

And then there was, simply, “How about you go pound sand @DonaldJTrumpJr.”

After Twitter extended its character limit from 140 to 280 on Tuesday, a number of users weighed in on the shift with occasionally humorous tweets, including CNN personality Jake Tapper, who used the expanded social-media palette to quote extensively from “The Catcher in the Rye,” “The Great Gatsby” and the Bible’s Genesis.

.@Twitter how about a compromise… you give everybody ONE 280 character a day? 140 was an art form, 280 is everyone’s chance to write their Gettysburg Address that no one wants to actually read.