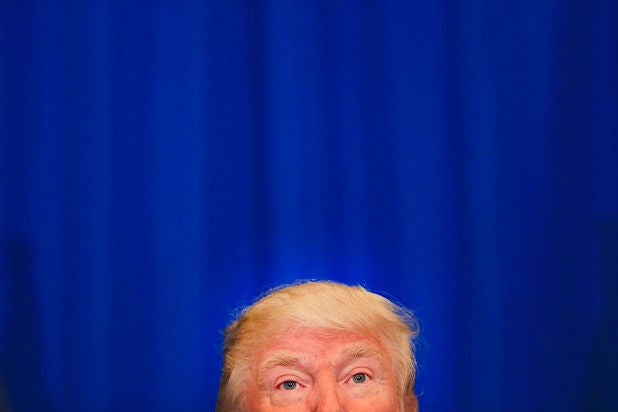 The GOP nominee for president joined Twitter in March 2009, turning his account into one of the centerpieces of his campaign.

TheWrap scoured his Tweets to see what was he like before he ran for president.

These are among Trump’s meanest, craziest and ickiest tweets we could find.

Be sure to tune in and watch Donald Trump on Late Night with David Letterman as he presents the Top Ten List tonight!

But that tone didn’t last long. He had this to say about Arianna Huffington in 2012:

.@ariannahuff is unattractive both inside and out. I fully understand why her former husband left her for a man- he made a good decision.

As well as this incredibly profound post about Diet Coke drinkers:

I have never seen a thin person drinking Diet Coke.

Everyone knows I am right that Robert Pattinson should dump Kristen Stewart. In a couple of years, he will thank me. Be smart, Robert.

He called Anthony Weiner a pervert …

Pervert alert. @RepWeiner is back on twitter. All girls under the age of 18, block him immediately.

Put a price on making out with Rosie O’Donnell …

"@ForeverMcIn: @realDonaldTrump how much would it take for you to make out with Rosie O'Donnell?" One trillion, at least!

26,000 unreported sexual assults in the military-only 238 convictions. What did these geniuses expect when they put men & women together?

An 'extremely credible source' has called my office and told me that @BarackObama's birth certificate is a fraud.

How amazing, the State Health Director who verified copies of Obama’s “birth certificate” died in plane crash today. All others lived

Bragged about how he was really, really smart.

Sorry losers and haters, but my I.Q. is one of the highest -and you all know it! Please don't feel so stupid or insecure,it's not your fault

.@FrankLuntz works really hard but is a guy who just doesn't have it – a total loser!

Identified a similar problem with the New York Jets …

The Jets just don't have it. Time for a quarterback change!

Let conservative commentator and radio host Eric Ericsson have it too …

Wow, great news! I hear @EWErickson of Red State was fired like a dog. If you read his tweets, you'll understand why. Just doesn't have IT!

Which, of course, cumulatively qualified him for this:

I am officially running for President of the United States. #MakeAmericaGreatAgain https://t.co/Ct0lNu7kz0