The cover of New York magazine’s Election Issue features a close-up photo of Donald Trump with the word “loser” appearing across his face with the sub caption, “And what he’s already won.”

Shortly before the issue shipped, FBI Director James Comey sent a letter to Senators letting them know that his agency is investigating newly-surfaced Hillary Clinton emails.

“We confess to being a little rattled when the Comey letter news broke just as were shipping it,” New York Editor-in-Chief Adam Moss said in a statement regarding the cover.

Moss said the cover could be interpreted in three ways: as Trump speaking, as a description of Trump and as a call on the election results. Artist Barbara Kruger created the cover that will surely vex the GOP presidential nominee.

Moss continued: “In the end we felt that the power of Kruger’s image transcended any one meaning you could read into it. The issue analyzes many aspects of Trump’s extraordinary candidacy, and an important point is spelled out in the headline we appended to the bottom corner: Trump has already changed America, not much for the better. Which adds a fourth meaning: in that sense we are all losers too.”

Check out the cover below. 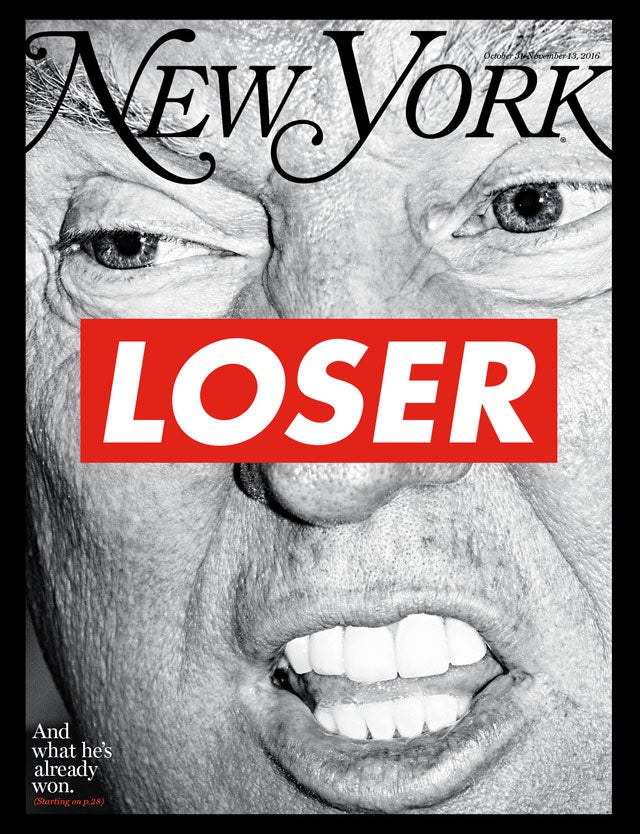