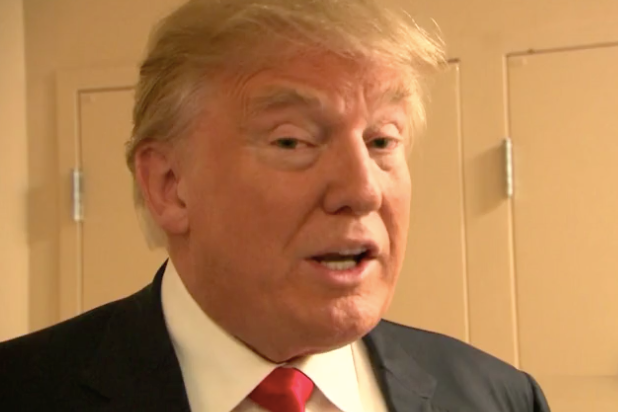 Donald Trump said Sunday he is confident he’ll win the presidency, even without the full support of the Republican party.

“I do believe that we can win either way, but it would be nice if we stuck together,” he said on NBC’s “Meet the Press.”

Meanwhile, it’s what Republican Speaker of the House Paul Ryan DIDN’T say on the Sunday morning talk show that was more telling. Ryan did not directly lend his endorsement for Trump.

Instead, he indicated his main focus is on avoiding further dividing the party. “I get that this a very strange situation,” said Ryan. “[Trump is] a very unique nominee. But I feel as a responsibility institutionally as the speaker of the House that I should not be leading some chasm in the middle of our party. Because you know what I know that’ll do? That’ll definitely knock us out of the White House.”

Speaker Ryan added, “I have certain responsibilities … Imagine the Speaker of the House not supporting the duly elected nominee of our party.”

But when it comes to the upcoming Republican convention, Ryan said, “I’m not going to tell the delegates how they should do their jobs.”

Trump also phoned into CBS’ “Face the Nation,” where he had a message for his Republican detractors: Be quiet.

“They shouldn’t be talking so much,” he said of party leaders, many of whom have been hesitant to directly endorse the New York business mogul.

“Republican leaders, I think that honestly they should go about their business and they should do a wonderful job and work on budgets and get the budgets down and get the military the types of money they need and lots of other things,” Trump said.

“Let me do my job,” he added. “I have tremendous support from both politicians and the people, tremendous support.  Unfortunately, the media just likes to cover, really, a small number of people that maybe have something to say. I think they should go about their work.  Let me run for President, I think I’m going to do very well.”