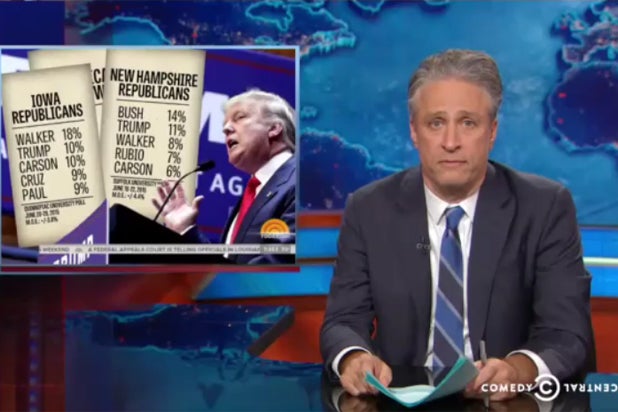 In Donald Trump’s America, Jon Stewart, Bill Maher, Al Sharpton and other high-profile liberal media types are rooting for him on his bid for the White House.

“I would love to see Trump run,” Sharpton says in the opening soundbite of Trump’s campaign commercial, posted to Instagram Monday. That comment was edited down to remove the rest of Sharpton’s comments, which mocked Trump and suggested his candidacy would be a gift for the Democrats.

And Maher, who Trump threatened to sue after the talk show host compared him to an ape, is featured saying, “It’s not going away,” about Trump.

Have to give Trump points for creativity as well as advertising on the cheap.

Watch the ad below

Have some fun with this-