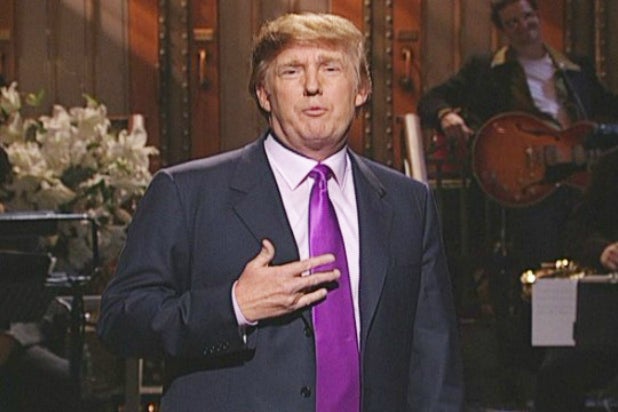 The National Hispanic Leadership Agenda (NHLA) is seething at NBC for allowing its “Saturday Night Live” to invite Donald Trump on as host next month.

“We are appalled that you would enable Trump’s hateful speech for nothing (more) than a ratings ploy and ask that you rescind the ‘SNL’ invitation,” the group said in a letter sent to NBCUniversal CEO Steve Burke and “Saturday Night Live” Executive Producer Lorne Michaels.

The principal problem comes from what the group called Donald Trump’s “bigoted comments,” which included categorizing some Mexicans in the United States illegally as criminals and rapists. Given the remarks and lack of an apology, the coalition claimed to be “flabbergasted” by NBC’s decision to give Trump such a stage, per an Associated Press report.

One fear is that the high-profile guest spot will end up “sanitizing” Trump’s remarks with humor, said Chairman and Co-founder of the National Hispanic Foundation for the Arts Felix Sanchez. He called the broadcast booking a “slap in the face.”

As such, the greater NHLA is reviewing further action, considering protests and boycotts. Sanchez and the group are also calling on “SNL” cast members to pull out of the episode themselves, much like Nora Dunn did in the ’90s when Andrew Dice Clay was booked as host. At the time, Dunn elected to not participate on the episode as she found Clay’s humor to be degrading to women. Michaels publicly supported her stance, but did not swap out hosts.

Finally, the NHLA used its letter to gripe about the lack of Latino representation on the show in general — something it’s taken issue with for years. The sketch comedy staple — now in its 41st season — has never had a Latina cast member. The use of non-Hispanic actors to play Latinas is equivalent to white performers using makeup to portray African-Americans, Sanchez opined.

The NHLA isn’t the only organization that wants Trump replaced. A MoveOn.org petition with the same goal was just a few hundred signatures shy of its 100,000 goal at the time of this writing.

“SNL” did not immediately respond to TheWrap’s request for comment.

'Saturday Night Live's' Not So Colorful Past: A History of Its Diversity (Photos)

“SNL” is under fire for its lack of an African-American woman in its cast. The show even poked fun at itself during a recent episode hosted by Kerry Washington. The iconic sketch series has had some, not many, cast members of color in the show’s long history.

Impressionist Jay Pharoah has been with "SNL" since 2010. He kicked off the casting controversy by speaking out about the lack of African-American women in the cast.
View In Gallery