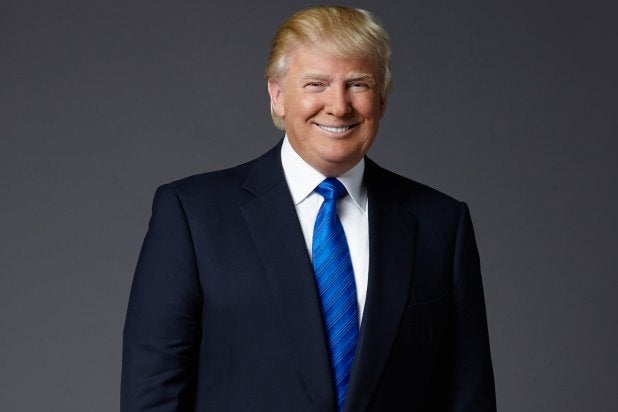 In what’s become one of his preferred means of communication — an early-morning Twitter rant — President-elect Donald Trump emphatically denied reports that he would continue to work on his reality TV show “Celebrity Apprentice” while occupying the Oval Office.

Trump’s spokeswoman told TheWrap Thursday that the real estate developer would maintain a “big stake” in the show, where celebrity contestants compete in business-inspired tasks to win money for charity and eventually become the “apprentice.” “Celebrity Apprentice” is itself a spinoff of the original “The Apprentice,” where aspiring moguls battled for the chance to win $250,000 and a position in the Trump Organization.

Trump clarified the news, saying he will retain his executive producer credit on the show, but took aim at reports — especially those from CNN — claiming that he’d be involved with it in any form other than receiving royalty checks. Saturday morning tweets ensued:

I have NOTHING to do with The Apprentice except for fact that I conceived it with Mark B & have a big stake in it. Will devote ZERO TIME!

Reports by @CNN that I will be working on The Apprentice during my Presidency, even part time, are ridiculous & untrue – FAKE NEWS!

Friday evening, CNN posted a story claiming that Trump’s “Apprentice” deal could bring him some money from the show’s product integration deals, implying that advertisers could curry favor with the president-elect by sponsoring the show.