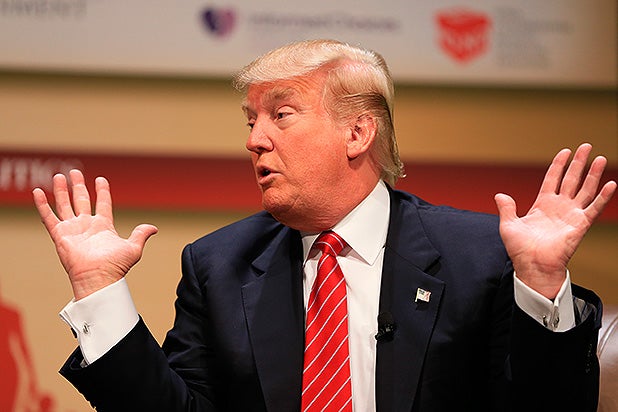 Donald Trump scolded Matt Lauer on Monday for what he perceives as a misrepresentation of his comments regarding Senator John McCain’s war service.

“Excuse me, Matt, because you’re the media and you do the same thing,” Trump said via phone on NBC’s “Today,” complaining that Lauer misrepresents “just like everybody else.”

The presidential candidate argued Lauer and other journalists were selectively using only part of his comments made Saturday about Senator McCain’s war service, and not reporting that he had called McCain a war hero several times (he also said he likes soldiers who “weren’t captured.”)

“Savannah [Guthrie] and the media has done such a false number, as usual,” Trump said. Lauer shared that he visited the prison where McCain was held prisoner in Vietnam for five years and it had a “profound” effect on him.

“I could never ever question his heroism during that war,” Lauer said.

“And I didn’t either,” Trump countered.