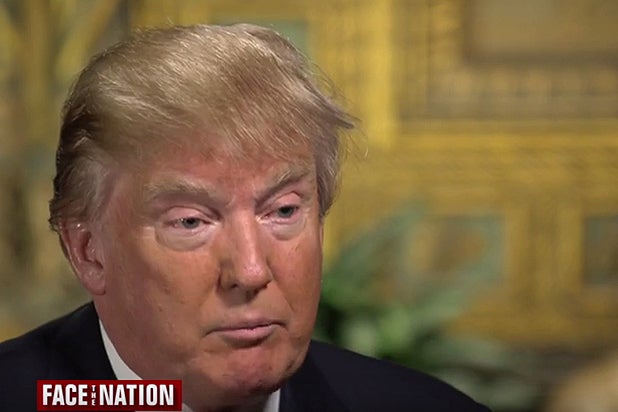 Donald Trump is downplaying his appearance in a jihadist recruitment video.

The 51-minute video from al-Qaeda affiliate al-Shabab shows the Republican presidential frontrunner calling for a “total and complete shutdown” of Muslims entering the United States. The video then warns, “The West will eventually turn against its Muslim citizens.”

But Trump is shrugging off the video and its message.

“Look, there is a problem. I bring it up. Other people have called me. And they say, you have guts to bring it up, because, frankly, it’s true,” Trump said Sunday on CBS’ “Face the Nation,” adding, “But nobody wants to get involved.”

The business mogul went on to suggest that it’s not just fellow Republicans saying they agree with his comments.

“People that are of different persuasions than me right now John are saying, ‘you know maybe Trump isn’t wrong. We want to examine it.'”

“Face the Nation” moderator John Dickerson then asked, “Does it concern you at all that you’re being used in essentially a recruitment video by a terrorist organization?”

Trump’s answer was essentially that he is not terribly concerned.

Watch the video of Trump’s appearance on “Face the Nation” below. His comments about the jihadist video are at the 2:11 mark.