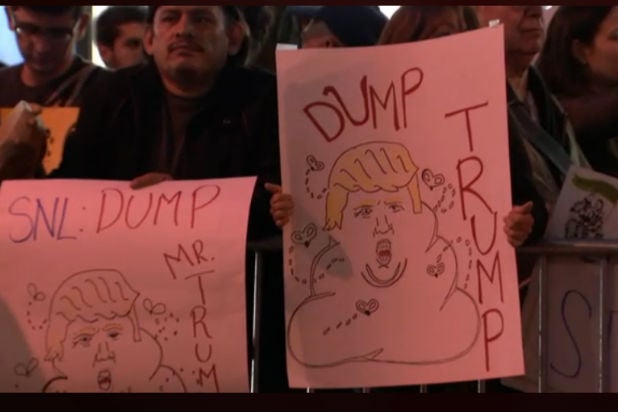 Colorful signs were waved, include some cartoon depictions of the Republican presidential candidate as a pile of excrement, and drums rang out just hours before Trump is slated to open the live broadcast.

“What do we want? Justice! When do we want it? Now!” the crowd commanded.

Some protestors marched on the studio from Midtown Manhattan’s Trump Tower. NYPD patrolled the barricades but live feeds of the protest showed a relatively subdued bunch.

The protest was organized by a contingent of Hispanic advocacy groups, one even offering a $5,000 bounty to the “SNL” audience member who would yell “Racist!” during Trump’s episode, over his incendiary comments about immigrants.