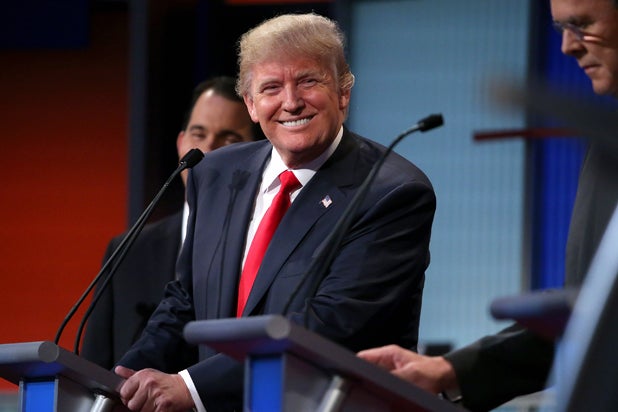 Donald Trump and campaign adviser Roger Stone have parted ways in the midst of his run for the 2016 Presidential election.

Trump announced he fired Stone Saturday afternoon, but Stone was quick to fire back with his own version of events.

It’s the latest fallout to stem from Trump’s heated and ongoing feud with Fox News anchor, Megyn Kelly, originated by a heated exchange during her moderating the first Republican presidential debate Thursday night.

Trump has already been disinvited to Saturday night’s RedState conservative event after making comments about Kelly during an appearance on CNN Friday.

RedState editor Erick Erickson said the remark crossed the line and disinvited Trump from the RedState Gathering, a conservative event in Atlanta featuring Republican presidential contenders. Trump was supposed to deliver the keynote speech to 900-1000 conservatives planning to attend.

During the GOP debate, Kelly asked Trump to defend remarks in which he called women, “fat pigs, dogs and disgusting animals” to which the real mogul answered, “Only Rosie O’Donnell.”

While Trump spoke to Lemon during Friday night’s episode of “CNN Tonight,” he doubled down on criticism of Kelly, saying he didn’t think she was a good journalist.

“I don’t have a lot of respect for Megyn Kelly. She’s a lightweight. I don’t think she’s very good. And she came out there you know reading her little script and trying to be tough and trying to be sharp and when you meet her you realize she’s not very tough and not very sharp,” Trump said.