The story is an exclusive interview by David Von Drehle aboard Trump’s plan, which Marco Rubio recently dubbed “Hair Force One.”

“A Trump rally speaks to people on a level beyond pure rationality,” Von Drehle writes. “His sentences don’t always parse, but they punch.”

The article says Trump improvises his speeches because “doing so allows him to give and take with the audience, to lose himself in the moment, orchestrating emotions like a maestro.”

The story details Trump, fresh off a campaign rally on his Boeing 757 which features everything from gold-plated seat belts to fast-food style waffle fries.

“Trumpism is rooted in anxiety over lost American greatness-which, despite the anxiety, may not even be lost. It wallows in a sense that the country is adrift in seas plied by cunning foreign adversaries. It is a roll of the dice in a garish casino-exactly the kind of bet that has been very, very good to Trump in the past,” Von Drehle writes.

Trump goes on to discuss his thoughts on media coverage, nicknaming rivals and even and the general election.

See the cover below. 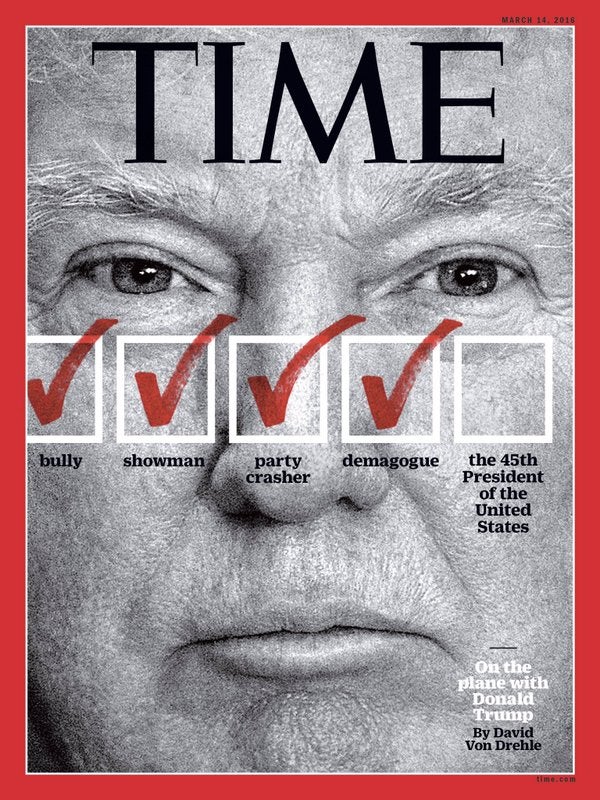