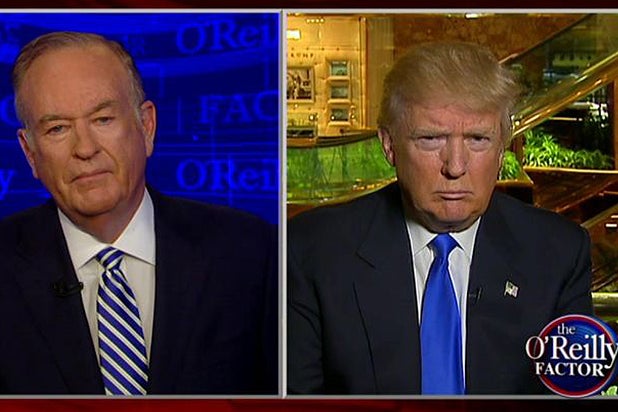 Trump plans to uphold his commitment to appear on “The O’Reilly Factor” tonight.

For what’s it’s worth.

A quick recap: Trump polled his Twitter followers Tuesday about whether he should take part in the debate, given his issues with moderator Megyn Kelly. (He has taken several shots at her since she grilled him in an August debate on his past statements about women.)

After his Twitter poll, Fox issued the snarky statement:

We learned from a secret back channel that the Ayatollah and Putin both intend to treat Donald Trump unfairly when they meet with him if he becomes president. A nefarious source tells us that Trump has his own secret plan to replace the Cabinet with his Twitter followers to see if he should even go to those meetings.

One thing is certain: If Trump shows up and speaks with O’Reilly, it will be must see TV and another ratings victory for Fox News.