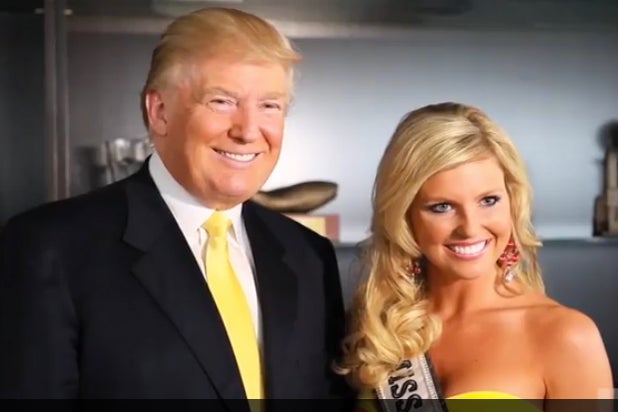 Donald Trump had once planned a reality show in which contestants in his Miss USA pageants would have competed against one another and other potential employees in jobs at his organization.

The show, in development for E!, was scrapped by the Trumps after they decided there weren’t enough interesting characters to follow, according to Jezebel.

E! Entertainment did not immediately respond to TheWrap’s request for comment.

One clip shows Miss Indiana and Miss New York gushing over the opportunities afforded them after they participated in Trump’s pageant. Miss New York Amber Collins, for example, had planned to go into teaching but was persuaded to try real estate instead, leading her to becoming one of the top brokers in the Trump organization.

“Nice ass shot there,” said another as one took out her phone to Google the unnamed woman.

Trump Productions developed the show with a company called Stick Figure Productions and Mexican billionaire Carlos Slim, and since “Trump Town Girls” never made it to air, the companies partnered again more recently on a show that would have followed Miss Universe contestants.

Donald Trump thanked a white woman for brandishing a “Blacks for Trump” sign at a rally on Tuesday, but she’s not alone

#BlacksforTrump trended on Twitter on Tuesday after a photo of a white woman holding up a sign touting the GOP candidate's popularity with black voters went viral.

She's not inventing anything, however. Several other white folks have been spotted inflating black support at Trump rallies...