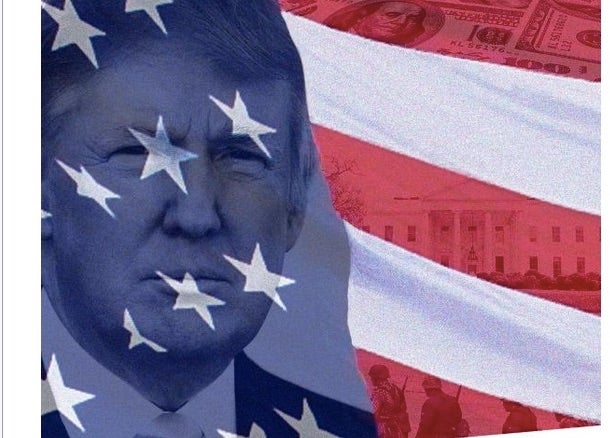 As TheWrap recently reported, Donald Trump is pretty active — and boisterous — on Twitter, but he might want to proofread his tweets going forward.

The presidential candidate’s account tweeted out a flag-draped image superimposed next to Trump that had stock images of what looked like soldiers from decades ago.

The problem is that they’re Nazi soldiers.

The soldiers were wearing uniforms of the Waffen-SS — a unit that served as the combat arm of the Schutzstaffel, according to the Jewish Virtual Library.

The Trump campaign is blaming an intern for the now-deleted tweet.

“A young intern created and posted the image  and did not see the very faded figures within the flag of the stock photo,” a campaign spokesperson said. “The intern apologized and immediately deleted the tweet.”

On CNN Tuesday, campaign manager Corey Lewandowsk reiterated that the intern did it, minimizing the error: “It was a very small piece in a faded flag.”

Will moves like this hurt the Republican party? Watch below.