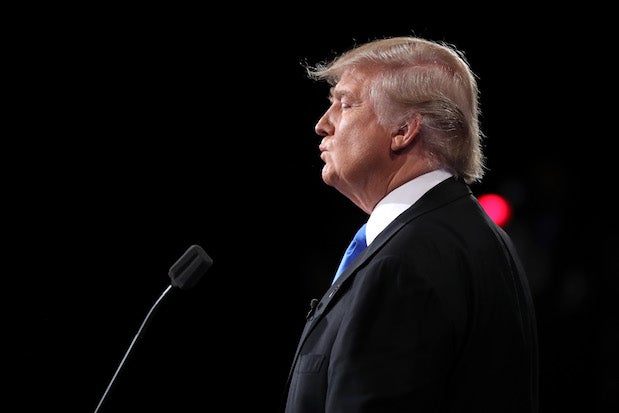 Donald Trump faced off against Hillary Clinton Monday night at the first presidential debate of the general election, and #TrumpWon was the top trend on Twitter on Tuesday morning.

While a number of online polls, like that on the homepage of the Drudge Report, said that Donald Trump came out ahead in his first face-to-face clash with Hillary Clinton, the hashtag was mostly used to mock the very idea that the GOP candidate had bested his Democratic rival.

A CNN poll, however, has Clinton winning, while many cables news pundits called the debate in favor of Clinton, as well. Focus groups conducted by both CNN and Fox News also favored Clinton.

The reactions to #TrumpWon certainly indicate there are plenty of others who think Clinton clobbered her opponent, too. Take a look at a sampling of the tweets below.

When You’ve Got Folks That Still Think
South Won The Civil War,
Climate Science is Bunk,
& PBO is Muslim Kenyan

THANKS so much for this trend this AM paid for by Trump…I NEEDED that laugh. #TrumpWon pic.twitter.com/9Bk89PHPh2

This must mean #TrumpWon is true… So if he was ever POTUS & the number 1 hashtag was #BombChina would he think that has credibility, too? https://t.co/AWz0R0HebU

If interrupting people and dodging questions while not offering viable solutions for ANYTHING is considered a victory, then sure- #TrumpWon.

Apparently #TrumpWon is trending. I’m just wondering if we all watched the same debate. ???” pic.twitter.com/iQ8zMQwrEu

anyone who actually thinks #TrumpWon is either trolling, didn’t watch the debate, has suffered a recent head injury, or is delusional.

My predictions: #TrumpWon will also trend on November 9th after @HillaryClinton will have won the election. https://t.co/zB9HAEauSM

Hitler said, “If you tell a big enough lie and tell it frequently enough, it will be believed.” Hence the #TrumpWon hashtag this morning.

Can anyone please explain how #TrumpWon?

He couldn’t even articulate a complete thought.