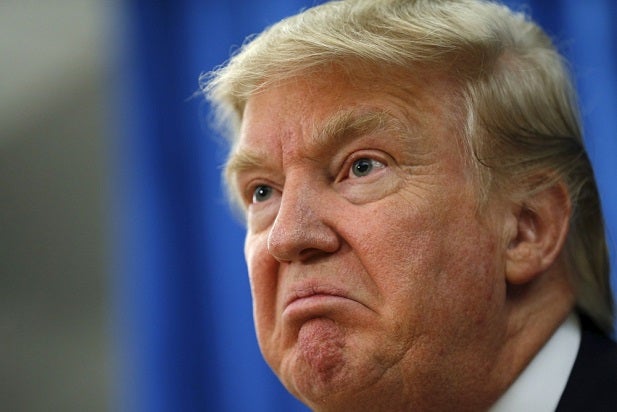 Donald Trump’s presidential campaign is sending the wrong message. At least, that’s the claim of a class action lawsuit filed against Donald J. Trump for President.

The Trump campaign has been slapped with a class action lawsuit claiming that the campaign has illegally sent text messages to thousands of cellphones.

The suit, filed by Illinois resident Joshua Thorne, claims that he received an unsolicited text message from the Trump campaign in March reading, “Reply YES to subscribe to Donald J. Trump for President. Your subscription will help Make America Great Again! Msg & data rates may apply.”

Thorne’s complaint alleges that the texts violate the Telephone Consumer Protection Act [TCPA], which prohibits sending “SMS or text messages using an automatic telephone dialing system, as defined by the TCPA, to wireless telephones without the recipient’s prior express consent.”

The suit, filed in federal court in Illinois, seeks unspecified damages. It also wants an order prohibiting the Trump campaign from blowing up people’s phones without their permission.