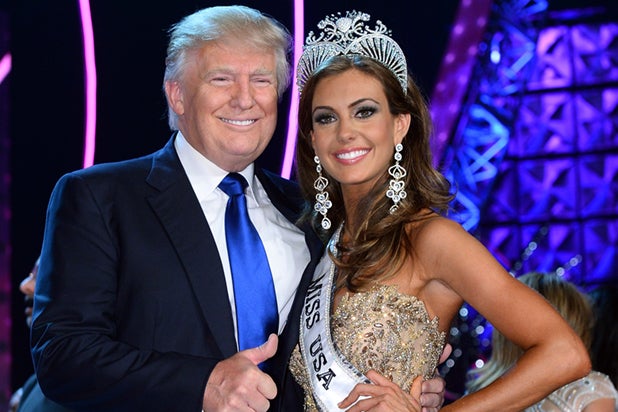 The Miss USA pageant is exploring several options after being dumped by NBC because of “derogatory statements” Donald Trump made about immigrants that led to Mexico dropping out of the Miss Universe competition, among other reverberations.

A representative for the pageant told TheWrap that they will spend the next several days pursuing “multiple distribution options,” which could include live streaming the event on the pageant’s official website.

Pageant officials previously announced that they were continuing preparations for the annual beauty contest despite the lack of a broadcast partner.

“While world politics and other influences will undoubtedly play a role, the pageant will always seek to transcend controversy,” the organization said in a statement obtained by TheWrap. “We want our supporters to know we remain committed to them and we will be conducting the pageant, regardless of the current situation. We are moving forward, full-steam ahead as planned for the next two weeks, culminating in the crowning of a new Miss USA on July 12th.”

In a statement obtained by TheWrap, NBC announced that it will no longer run the annual Miss USA and Miss Universe pageants — a joint venture between NBC and Trump. Additionally, the real estate mogul will not participate in the network’s reality competition, “The Celebrity Apprentice.”

“At NBC, respect and dignity for all people are cornerstones of our values,” the network’s statement began. “Due to the recent derogatory statements by Donald Trump regarding immigrants, NBCUniversal is ending its business relationship with Mr. Trump.”

The comments, made during Trump’s presidential campaign announcement, included controversial observations about Mexicans, whom he said are “laughing at us, at our stupidity” over what he characterized as a weak border policy.