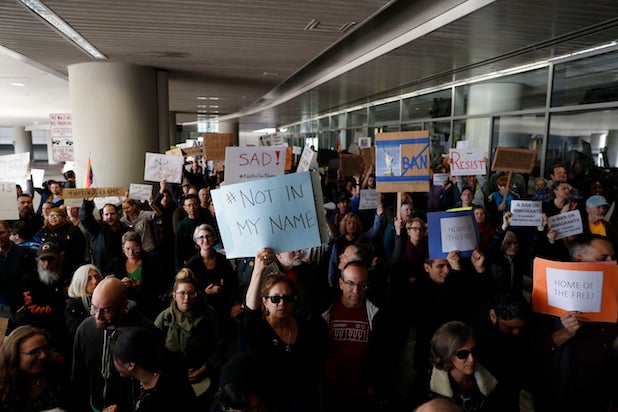 Two more judges, one in Maryland and another in Washington, heard arguments Wednesday on whether to freeze the order.

Hawaii’s case was filed by the state itself. Lawyers for the state argued that the new travel ban violates the First Amendment — which prohibits religious discrimination — because it is essentially a Muslim ban.

The state also contends that the ban hurts Hawaii’s ability to recruit top talent and damages the state’s tourism industry.

Meanwhile, the Justice Department argued that the president had the authority to impose the ban, and that the lawyers challenging the ban had done little more than speculate about damage.