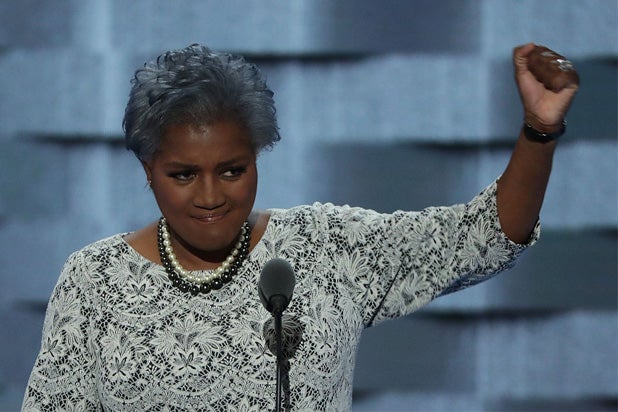 Former Democratic National Committee chairwoman Donna Brazile has been on a media blitz this week, storming television studios from daytime to primetime to hawk her new book, “Hacks: The Inside Story of the Break-ins and Breakdowns That Put Donald Trump in the White House.”

The tour seems be paying dividends: On Thursday, Amazon listed the title as “Temporarily out of stock.” The book now commands the No. 2 spot among “Politics & Social Sciences,” and places sixth in books overall.

Though she largely vanished from public life after Hillary Clinton’s historic loss to Donald Trump, Brazile returned with a vengeance last week, publishing an explosive account of a joint fundraising agreement between team Clinton and the DNC signed in 2015.

Also Read: Joe Scarborough Rages at Democrats in Donna Brazile Interview: 'It Was Rigged' Against Bernie

And though the agreement was reported at the time, Brazile revealed new details showing the ethically questionable extent of the cooperation.

She followed that bombshell with other choice details, like the fact that Brazile considered dropping Clinton from the ticket after the candidate fainted at a September 11 event in New York City. (Many have since pointed out that as DNC chair, Brazile did not have that kind of unilateral authority.)

Brazile has also revived long simmering rumors on the right about the death of DNC staffer Seth Rich. Rich’s murder under suspicious circumstances in D.C. has never been solved and for months was a cause célèbre among conservatives and Fox News host Sean Hannity.

In the book, Brazile wrote she still speculates about whether the Russians had any involvement in the murder and is in-part dedicated to Rich who she calls a “patriot.”