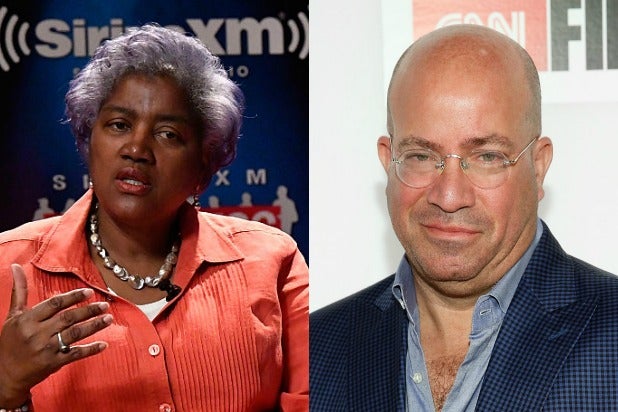 After interim Democratic National Committee chair Donna Brazile was forced to resign from her job as a CNN commentator for leaking the network’s primary debate questions to Hillary Clinton’s campaign, some journalists have called on networks to re-examine the widespread practice of hiring campaign surrogates as on-air commentators.

Brazile’s case was yet another reminder of the inherent complications that come with hiring political insiders — while they’re still on the inside.

“I’m not sure you can have such dual loyalty,” Bill Wheatley, former executive vice president for NBC News and adjunct professor at the Columbia University Graduate School of Journalism, told TheWrap. “You’re either working for one or the other. You shouldn’t be working for both.”

The fallout from Brazile’s actions, some experts argue, is just the latest example of how the lines between journalism and punditry are becoming increasingly blurred.

“It points to the difficulty that comes when we start using political insiders to supply core information,” Al Tompkins, of Poynter Institute’s senior faculty for broadcasting and online, told TheWrap. “It’s confusing to the public and it also indicates that there are some in the system who are also confused by the need for separation.”

The practice of hiring political insiders, as opposed to merely booking them on a moment’s notice, does have its advantages. Mostly, it means these commentators are contractually obligated to be at the network’s beck and call — an important detail, particularly during a busy political season.

Some argue surrogates and political operatives can give viewers a better understanding of what goes on within a campaign, an insider perspective that even a plugged-in reporter may not be able to provide. Not to mention, it guarantees that whatever scoops that operative might get will end up going to the network.

But the practice comes at a price. CNN has been on the receiving end of some harsh criticism amid fresh revelations that Brazile, one of its paid commentators, sent questions to Clinton’s campaign in advance of a CNN debate and a CNN-TV One town hall during the Democratic primaries.

Also Read: Megyn Kelly Rips Donna Brazile: 'Can You Imagine If This Were a Republican?' (Video)

A spokesperson for CNN, Lauren Pratapas, said in as statement on Tuesday: “CNN never gave Brazile access to any questions, prep material, attendee list, background information or meetings in advance of a town hall or debate. We are completely uncomfortable with what we have learned about her interactions with the Clinton campaign while she was a CNN contributor.”

Brazile’s resignation happened over two weeks ago but it came to light as the new emails — released by WikiLeaks following a hack of the DNC’s email servers — further damage her reputation and forced CNN to distance itself from her.

This isn’t the first time CNN has gotten burned by one of its commentators. Earlier this year, the network was forced to disclose that its newly hired pundit, Donald Trump’s former campaign manager Corey Lewandowski, was still receiving severance payments from the Trump campaign.

Experts warn that hiring commentators so soon after they leave their political jobs (or sometimes while still working for their respective parties, as in the case of Brazile) carries inherent risk.

Some believe it’s a naive to expect campaign surrogates would be able resist the temptation of passing along pertinent information that could help their candidate, particularly during a contentious election.

“I don’t know that you can expect them not to do it,” said Wheatley, who also serves as a consultant for NBC News and co-authored its policies and guidelines. “That, however, doesn’t mean they shouldn’t have some integrity.”

Journalism experts say it may be time for more transparency in hiring political operatives.

“There are still things that we don’t know,” Rebecca Haggerty, associate professor at the USC Annenberg School for Communication and Journalism, told TheWrap. “How CNN makes arrangements with these political surrogates. What discussions did they have? What contracts do they sign? What was the agreement when they took on the CNN job?”

CNN declined to discuss the terms of its contracts with commentators. But a person with knowledge of the situation insisted that Brazile could not have gotten the debate or town hall questions from any CNN employee.

Indeed, the leaked emails suggest that Brazile obtained one question from Roland Martin, the TV One host who co-moderated a March 13 town hall with CNN’s Jake Tapper, and a second from a resident of Flint, Michigan, who asked a question about the city’s lead poisoning issue at another CNN-sponsored debate in March.

The insider also told TheWrap that he was with Brazile at a water drive event for Flint residents when the woman told Brazile she might be asking the question.

CNN insists it routinely reminds its viewers of their commentator’s affiliation during each and every segment. But experts say that may no longer be enough.

“I understand they’re not being cast in the role of journalists,” Tompkins said. “But it’s an increasingly narrow line between journalism and commentary these days.”