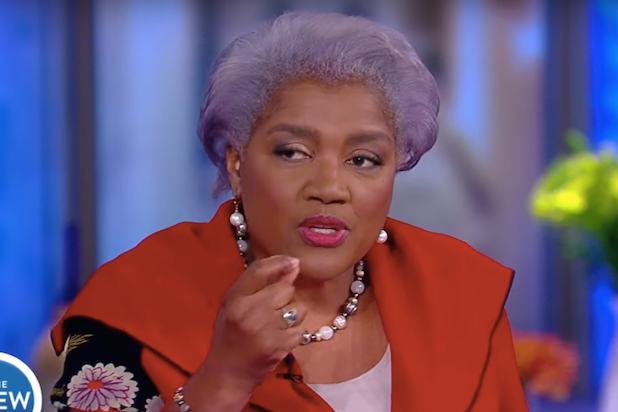 Rich was killed in Washington D.C. under suspicious circumstances in July, 2016. The murder has not yet been solved, leading to a cottage industry of conspiracy theories, especially among conservatives who say Rich was killed for leaking Clinton email to Wikileaks.

Brazile, however, says the theory is bogus.

“It became very clear within a week or so of Seth’s tragic death that he could have had no interactions with Wikileaks or the Russians and was not murdered by Russian agents or people working on their behalf,” she told TheWrap.

Excerpts from Brazile’s latest book, “Hacks: The Inside Story of the Break-ins and Breakdowns That Put Donald Trump in the White House,” report that in the aftermath of Rich’s death, Brazile did have some very Russia-related concerns about the murder.

“With all I knew now about the Russians’ hacking, I could not help but wonder if they had played some part in his unsolved murder,” she wrote.

In a statement to TheWrap, Brazile also addressed her thoughts at the time:

“It’s easy when you are under that sort of stress, strain, anger and sorrow to let your emotions ponder some dark and scary things, we all do that,” she said. “The period that marked Seth’s death was a deeply tumultuous and emotional time for me as well as for the entire staff at the DNC. We lost a member of our family at the same time we were being assaulted by foreign agents and dealing with the deep mismanagement of an organization, the DNC, that many of us had given our lives to help build.”

For more than a week, the former DNC operative has been plugging her book — now out of stock on Amazon — appearing on daytime and primetime television, along with an array of print and online outlets.

Among the biggest revelations, details of an ethically questionable 2015 fundraising agreement between the the Clinton campaign and the DNC and revelations that Brazile considered replacing Clinton on the ticket with Joe Biden after the Democratic presidential candidate fainted at a Sept. 11 memorial event in New York City.